Wind energy development in Alberta is currently focused on the Grassland Natural region.

Southern Alberta is one of Canada’s windiest regions – Calgary is the windiest large city in Canada, Lethbridge is 2nd only to St. John’s in its number of windy days per year, and Pincher Creek has seen winds gusts at 204km/hr! But southern Alberta also contains a fragmented and disappearing grassland ecosystem. Although the province has some policies to avoid and minimize disturbance to native grasslands and to wildlife, there is no legislation requiring wind development to avoid native grassland habitat. AWA wants to ensure when our wind resource is utilized, it does not further fragment this important and endangered natural region.

Tapping into renewable energy sources is a necessity for humans to avoid and mitigate harmful impacts of climate change. Alberta, an oil and gas-rich province, is no exception. However, Alberta also contains potential for renewable energy development in efforts to move towards a low/zero-carbon economy – but how this occurs is of crucial importance to the future of our remaining native grasslands.

Native grasslands are only five percent of Alberta’s land base, but they support approximately half of the rare ecological communities, 40% of rare vascular plant species and 70% of mammal, bird, reptile and amphibian species considered “at risk” or “may be at risk” in Alberta (Bradley 2010).

Wind energy development can also have significant negative impacts on local bird and bat populations, and on migratory birds and bats. Extensive local studies are needed at the earliest stages of wind power developments to minimize impacts on birds and bats. Certain areas which are known to be important for migratory birds or bats, such as ridgetops and wetlands, should be avoided entirely. In other regions, measures should be implemented to minimize collisions, such as increased cut-in speeds for wind turbines, and turbine shut-down during times of day and times of year crucial to bat migration. Continual monitoring of wildlife collisions should be mandatory, including suspension of operation of turbines known to be responsible for high numbers of wildlife mortality.

AWA believes that wind energy development must be regulated in a manner that is consistent with the maintenance of wilderness values. There is a fundamental need for the maintenance of wilderness that is free of industrial incursion. Though wind energy has the reputation of being a “green” energy source, it still has the potential to do considerable harm to wilderness values. Potential effects include direct mortality of wildlife, particularly birds and bats, as well as fragmentation of already-depleted native prairie ecosystems.

AWA is opposed to any siting of wind turbines, transmission lines of other infrastructure on native prairie (whether this is on deeded land or on public land). 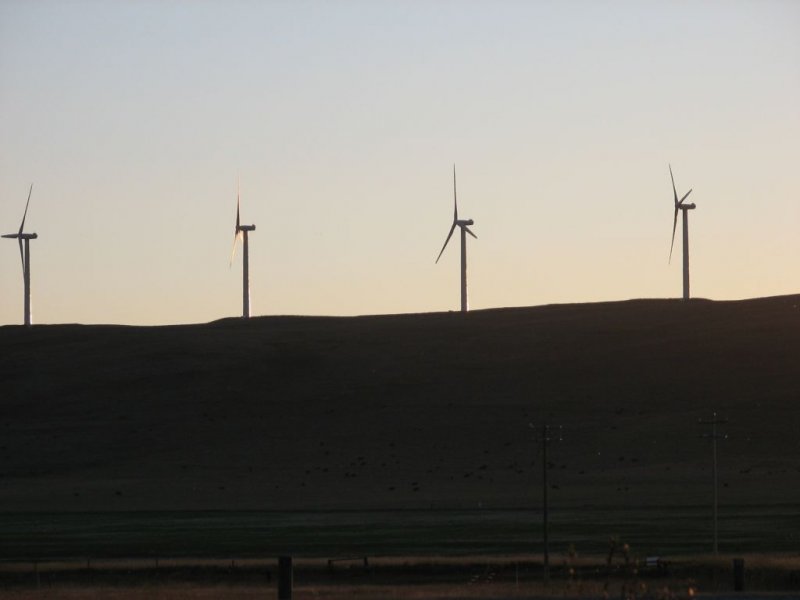 A wind project, the Jenner Wind Project, is proposed in AWA’s Red Deer River Area of Concern. AWA raises concerns about the location of turbines and associated infrastructure, as well as the disturbance of native prairie and proximity to coulees that hold habitat for many endangered species. The infrastructure also crosses Crown land.

In July, the South Saskatchewan Regional Plan (SSRP) is released and is scant on guidelines about wind energy development on public land through the regional plan, despite what Ted Morton said to AWA in 2009. The plan points to other policies as decision-making tools, stating “Provincial policy direction and programs related to renewable energy are provided through Alberta’s Climate Change Strategy, the Provincial Energy Strategy, the Bioenergy Infrastructure Development Program and the Nine-Point Bio-Energy Plan.” The plan also notes 14 of 16 wind farms occur in the SSRP and 13 new projects are under development or planned for the region. The SSRP is unable to provide policy direction for wind energy development.

TransAlta submitted a notice of discontinuance for its Taylor Wind Farm Facility. It is the first instance AWA is aware of when a wind farm is scheduled for decomissioning.

A document, the Recommended Principles and Guidelines for Minimizing Disturbance on Native Prairie from Wind Energy Development in Alberta, is published and circulated to ASRD/FWD.

An opportunity for consultation for Bulletin 2011-25 arrives from the Alberta Utilities Commission. AWA responds with the intent to participate if additional issues are included on the agenda: wind turbines and native grasslands; footprint of wind generation; cumulative impacts; public interest; and bird and bat mortality. The items are added to the agenda and AWA participates.

In April, a notice of hearing for the NaturEner Wild Rose 1 Wind Power Project commences. The Society of Grasslands Naturalists with the Federation of Alberta Naturalists (Nature Alberta) apply to participate but do not meet the standing test.

In March, NaturEner responds to AWA’s concerns about Wild Rose 1 Wind Power Project Extension. The company states no public pasture lands were used, but admits native prairie was disturbed. The company writes “At present, the current overall Project design has 44 of 136 turbines (32%) on tame or native pasture, and most of this land has been previously broken. … the ASRD-FWD office has clearly confirmed with us that the Guidelines [for Alberta Wind Energy Projects] do not state a strict zero turbine policy on native prairie.” (emphasis in original).

In November, the NaturEner Wild Rose 1 Energy Inc develops the Wild Rose 1 Wind Power Project. AWA responds, writing “We are disappointed and deeply concerned that avoiding native prairie was not considered a primary objective for NaturEner in the planning of this project. It is our understanding that 40% of the Project’s turbines will be located on native or tame pasture.”

In June, Minister Ted Morton returns AWA’s letter concerning wind energy development on public land and native prairie, and writes, “I am confident regional plans, which are being prepared under Alberta’s Land-use Framework, will provide clear guidance for managing public land, including land use decision-making for wind power projects.”

AWA comments on the proposed Wild Rose Wind Farm in Cypress Hills on the ‘Fringe’, asking for the plan to address native grassland damage, building on public land, and wildlife considerations with a public consultation.

Suzuki criticizes AWA for opposing wind energy development in the Fringe area around Cypress Hills Provincial Park. AWA speaks out against this, writing, “AWA is not opposed to wind energy. There are plenty of other places in Alberta, and in Cypress County, for wind farms – on degraded land.”

March 2018 Wild Lands Advocate article by: Ian Urquhart Click here for a pdf version of the…

Letter from AWA to Honourable Robin Campbell Minister of Environment and Sustainable Resource Development. There…