A natural river with its myriad twists, bends, marshy wetlands, rapids, ripples, pools, overhanging vegetation, and log jams is not only aesthetically beautiful; it is also home to a variety of plants, insects, and other animals, and it fulfills many critical ecological services.

Most of Canada’s river systems flow north into the Arctic Ocean, but most of the demand for water is in the populated southern part of the province. The major exception to this pattern of demand is the huge quantity of water being taken from the Athabasca River for intensive oil sands exploitation.

“To stick your hands into the river is to feel the cords that bind the earth together in one piece.”     Barry Lopez 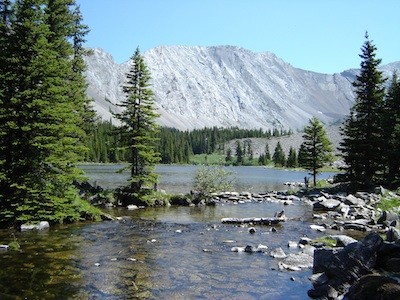 In 1979, AWA formed a research team to study the need for legislation to protect and conserve Alberta’s finest waterways. This team looked at 32 rivers in southern Alberta and presented its findings in the publication Rivers on Borrowed Time, which focuses on eight of the rivers surveyed. The book had two objectives: to demonstrate the value of Alberta rivers and to present a plan of action to preserve and enrich them. AWA continues to build on the legacy of this publication.

“When it comes to building dams we should remember that from now on almost every structure will sacrifice scenically important and spiritually important streams and valleys. If we decide to preserve those beauties rather than bury them forever under muddy waters, our decision is at best a temporary one which the next generation can undo. But if we destroy that stream or valley and wipe out that spot of beauty, we sacrifice it forever. Then men for all future time must live by the choice we have made.”
US Supreme Justice William O. Douglas, 1898-1980)

Rivers in their unaltered form are rare in the world. Most have been dammed, diverted, straightened, narrowed, or even cemented into place. All of these alterations damage aquatic ecosystems and the services they are able to deliver. Slowly, some rivers are being returned to their natural state to support fish populations and recreation, and to supply ecological services, while others are suffering new human alterations for power generation and irrigation agriculture.

The damming and diverting of rivers are all temporary measures. Nature will sooner or later fill these with silt or remove them through catastrophic floods. They represent old-style supply-side water management, which prioritizes storing and allocating water for specific human uses such as irrigation or for municipal use.

More recently, water management has had an increased focus on reducing demand for the water resource. Demand-side management encompasses a broad range of initiatives from low-flow devices, to drought resistant crops, to considering re-using water – all with the goal of improving the overall productivity of water. Many groups and individuals are taking demand-side management one step further and embracing water “soft paths.”

“A water soft path involves treating a natural resource, water in this case, as a service rather than as an end in itself…. It insists on giving ecosystem preservation priority over resource exploitation, and it incorporates a willingness to challenge specific end-uses by asking if we really need to use water for a given purpose. Soft paths depend on ingenuity rather than ‘hard’ steel and concrete to overcome resource problems – hence the term, soft.”     (David B. Brooks, Alternatives 33.4, 2007)

“Unlike traditional water planning, the soft path takes into account the water requirements for in situ functions of the natural resource. This new perspective acknowledges the vital importance of maintaining ecological ‘services’ like nutrient cycling and aquatic habitat.”      (Susan Holtz, Alternatives 33.4, 2007)

“Rivers need guaranteed instream flows … to ensure that fish can swim and breathe, so that streamside vegetation will have wet roots, and to meet the water needs of productive riparian ecosystems, especially during the critical midsummer season. Where human users have licensed rights to most of a river’s natural flow, government-reserved water for the river itself is critically important.”    (“Troubled Waters,” Kevin Van Tighem, Alberta Views March/April 2000) 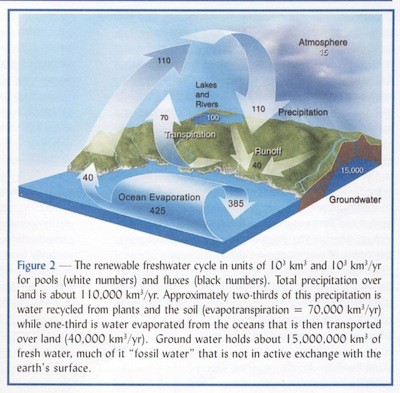 In Alberta, students learn the basic elements of the hydrological cycle in elementary school. They learn that there is a finite amount of water in the world and that it is continuously in motion. They learn that water evaporates from the oceans into the atmosphere, falls on the land as precipitation, and is transferred back to the sea by rivers and groundwater.

But now it seems the world is running out of clean fresh water, and Alberta is no exception. With the seriousness of these issues escalating, however, water experts such as Dr. David Schindler still do not see effective measures coming forward from the provincial government.

Human activities are polluting, diverting, and depleting our fresh water resource. In October 2007, David Schindler stated that “waterways in southern Alberta are close to the point of no return.”

Government efforts to date have fallen short of what is needed to maintain the ecological integrity of rivers. The Athabasca River provides a recent case in point. David Schindler has warned that if oil sands exploitation proceeds as currently planned, the huge quantity of water required from the Athabasca River will severely compromise the river and turn Alberta into a “water have-not province.” The newly formed Gordon Water Group – an organization of scientists, lawyers, policy experts, and former senior government policy advisors led by the Sierra Club of Canada – released a report in October 2007 recommending the imposition of hard caps on water use by oil sands projects. 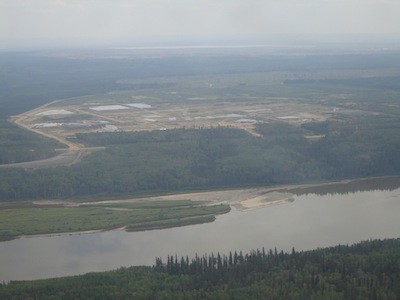 Against this back drop, the province released its long awaited Water Management Framework for the Lower Athabasca in 2007. It claims that it “is designed to protect the ecological integrity of the lower Athabasca River during oil sands development.” But in a joint news release, Athabasca Chipewyan First Nation, Fort Chipewyan Elders, Mikisew Cree First Nation, and Pembina Institute take issue with that declaration, stating that the government is “misleading Albertans and Canadians because it does not require industry to turn off its pumps when the River hits the red zone.” The Water Management Framework defines three status levels – green, amber, and red – depending on in-stream flows. The red status is defined as “a zone where withdrawal impacts are potentially significant and long-term, depending on duration and frequency of withdrawals” – in other words, where withdrawals threaten the river’s ecological integrity. Although the Framework caps the amount that can be withdrawn in the red zone, it does not put in place a threshold where withdrawals have to stop to protect the river.

The South Saskatchewan River basin is also stressed. Current water allocations based on historic use heavily favour irrigators, with instream flow needs of the aquatic environment an afterthought. During dry seasons, insufficient water remains in sections of the Bow and Oldman river sub-basins to sustain healthy aquatic ecosystems. 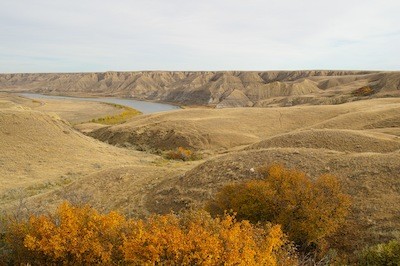 AWA, in collaboration with other conservation NGOs, was instrumental in establishing Alberta’s involvement in the Canadian Heritage Rivers System (CHRS), a national conservation program designed to ensure sustainable management of the country’s leading rivers. The process of designating a river as a Heritage River is rigorous and lengthy. It must be shown that a river has outstanding natural, cultural and/or recreational values; that sufficient measures will be put in place to ensure that those values will be maintained; and that designation has a high level of public support.

In 1982 AWA urged the Alberta government to participate in the proposed CHRS. Based on detailed studies, AWA identified a list of candidate rivers for protection under CHRS and sat on various related committees throughout the process. Although the sections of the Athabasca and North Saskatchewan rivers that are within federal lands (Banff/Jasper National Parks) were designated in 1989, the province was not engaged in the program until 1994. After continued pressure, the provincial government finally established a CHRS Advisory Committee in 1991. Three years later Alberta joined the CHRS program, and in October 2003 the Clearwater River was designated a Canadian Heritage River.

Although a background study was done on the Athabasca River for the purposes of Heritage River nomination, the river was never formally nominated and the process is now dormant. For the North Saskatchewan River, a nomination document was tabled with the Heritage Rivers Board in May 2006 and is awaiting provincial ministerial approval.

Wild Lands Advocate article by: Phillip Meintzer Click here for a pdf version of the article….

October 14, 2022 Dear valued AWA members, I am reaching out to advise you about…

Dear valued AWA members, For those who are unaware, AWA has been one of several…

A Prairie Oasis A Plan for Bighill Creek

Are Prairie Rivers at Risk? Irrigation and the Future of Southern Alberta’s Rivers