Will the Government of Alberta allow industrial scale wind and solar farms on public lands? Since early June Alberta Wilderness Association (AWA) has posed this question several times to the provincial government. AWA is still waiting for an answer.

The dramatic expansion of big wind and big solar projects now underway must not take place at the expense of our threatened native grasslands, parklands, and foothills. AWA believes Alberta needs a public lands policy that explicitly addresses the renewable energy sector.

“While AWA supports the government’s commitment to developing renewable energy, we are concerned that in the rush to build wind and solar farms, insufficient care will be paid to the health of native grasslands and the species they support,” said Ian Urquhart, a member of AWA’s conservation staff.

“Since 2016, southern and central Alberta has experienced a renewable energy land rush,” Urquhart added, “Wind energy firms alone have submitted applications to the Alberta Utilities Commission to develop more than 3,100 megawatts of renewable electricity, covering nearly 1,350 square kilometres of private land. Already this footprint is bigger than the protected areas in our grasslands, the landscape where most of this development is occurring.” 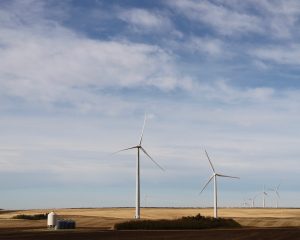 The government has committed to establish a biodiversity management framework and a network of interconnected protected areas on public lands in the South Saskatchewan Region. AWA believes these initiatives should be implemented, including the expansion of grasslands protected areas, before government regulators consider allowing utility-scale wind energy projects on public land.

“To be truly ‘green,’” Urquhart emphasized, “wind and solar farms on public lands in Alberta must not compound the continuing loss of Alberta’s grasslands, parklands, and foothills.” Such destruction and conversion of native grasslands is a major contributor to the fact that more than half of Alberta’s species at risk are grasslands species.