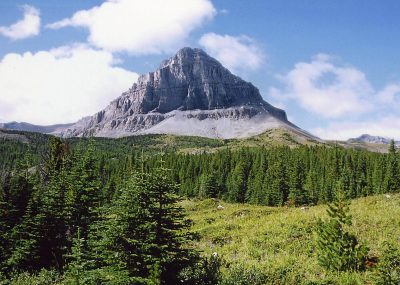 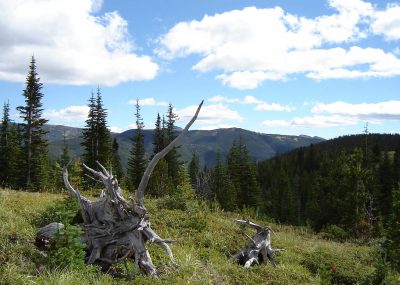 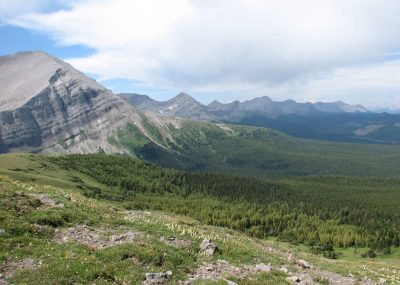 AWA maintains the protection of the Beehive must be strengthened through the reclassification of the Beehive Natural Area as a Wildland Provincial Park and expansion of its area to include nearby old growth forests and Hidden Creek, a critical native trout watershed. A buffer must be created from industrial activity, logging and motorized recreation in order to the conserve the Beehive’s unique diversity and natural heritage.

Located within AWA’s Livingstone-Porcupine area of concern, Beehive was designated under the protective status of ‘Natural Area’ in 1987. Its designation can be attributed to the surprisingly diverse landscape and high natural value found within its modest 68 km2 area. The cool alpine forests, broad alpine meadows, rugged rock and scree, and sweeping alluvial plains allow Beehive to host such robust wildlife and well-established old-growth forests. Beehive’s large undisturbed stands of old-growth forest contain trees that are up to 300 hundred years old. The area is also known for its rare plant species, the habitat it provides for grizzly bears, its wintering range for elk and the lambing sites it provides for bighorn sheep.

The Beehive is located in southern Alberta along the Alberta-British Columbia border, and can be accessed via Forestry Trunk Road (Highway 40) and Oldman River Road. As Beehive is located along the Continental Divide, the Great Divide Trail runs through the Natural Area.

The Beehive Natural Area was established in 1987. The Natural Area designation protects special and sensitive natural landscapes of local and regional significance, while also providing opportunities for education, nature appreciation and low-intensity recreation.

Beehive was established as a Conservation Natural Area, making its primary directive the protection of biodiversity, wildlife and old-growth forests. As a result, industrial land-use is not permitted within the Natural Area, including timber harvesting, mineral leases, and oil and gas extraction. Off-highway vehicle (OHV) use is also prohibited.

Direction for the conservation within Beehive Natural Area is provided by the Beehive Management Plan, published in October 1990. This management plan outlines permissible uses of the area, namely low-intensity recreation, and how the area’s watershed, forests and wildlife will be managed. Natural Areas fall under the provincial mandate of the Wilderness Areas, Ecological Reserves, Natural Areas and Heritage Rangelands Act (WAERNAHR).

AWA performs regular voluntary stewardship for the Beehive to ensure that the Government of Alberta is enforcing the protective status of the Natural Area designation.

The most notable landmark within the Beehive Natural Area is its namesake, Beehive Mountain; this prominent mountain peak is found near the headwaters of the Oldman River and boasts incredible hiking opportunities. 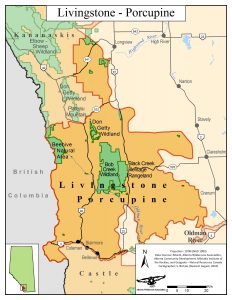 Beehive Natural Area is found within the Oldman watershed, part of the larger South Saskatchewan River catchment. The Oldman is a key watershed for Southern Alberta, given the high percentage of contributions it provides to communities downstream , the habitat it provides to fish and wildlife populations, and its cultural and historical significance to the Indigenous peoples of the area.

Forests in the mountains and foothills play a crucial role in maintaining clean and abundant water supplies. Although the forests in the Beehive are relatively well protected, disturbances in the surrounding area have been extensive, including forest fragmentation and road construction by the oil and gas and forestry industries, uncontrolled off-highway vehicle (OHV) use, and climate change.

The uppermost strata in Beehive are predominantly Mississippian limestone and dolomite, whereas the lower elevations are composed of non-marine cretaceous formations (sandstone and shale). The High Rock Range was the result of the Lewis thrust-fault.

Beehive was subject to three mountain glacial advances during the Pleistocene, helping to shape the landscape we see today. Two of these glacial advances moved eastwards into the Livingstone River valley, and one moved through the valley of the Oldman River drainage. 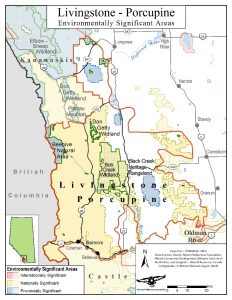 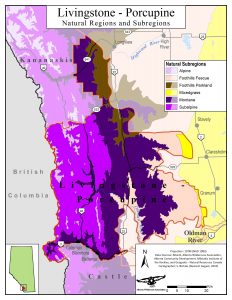 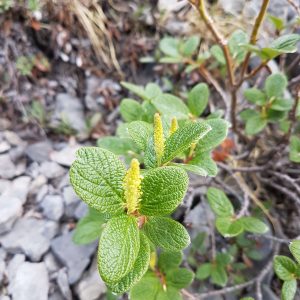 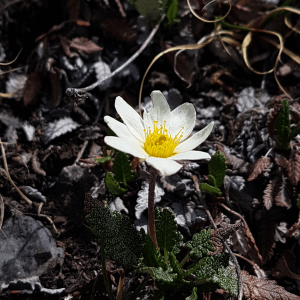 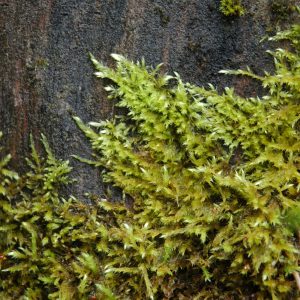 The Beehive contains important habitat for large mammals, such as grizzly and black bear, lambing sites for bighorn sheep, and wintering range for one of Alberta’s largest elk herds. Some species, like the northern flying squirrel, depend on old-growth forest for their primary habitat. The Beehive supports a number of rare and sensitive species, including the Canada lynx, peregrine falcon and golden eagle, common nighthawk and pileated woodpecker.

The Oldman River and its tributaries are among Alberta’s top trout fisheries. 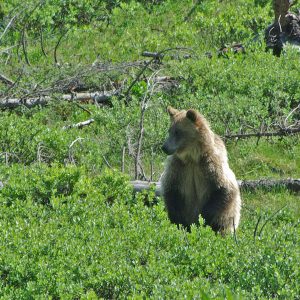 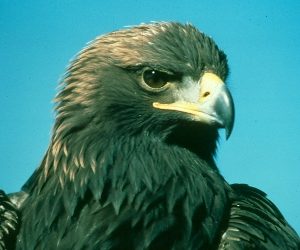 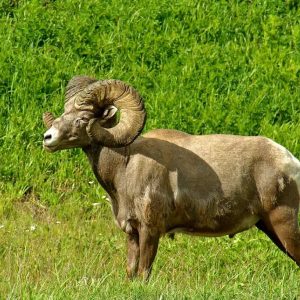 Indigenous Peoples have inhabited the Livingstone-Porcupine for over 10,000 years, since the retreat of the glaciers. This area falls within the traditional territory of Treaty 7, and is marked by the historical uses of the Blackfoot Confederacy (Siksikaitsitapi), consisting of Kanai, Siksika, and Amksapi Piikani, for hunting and winter camps. The Oldman River holds particular cultural significance Aputosi Pii’kani peoples.

The Great Divide Trail is an informal 1200 km hiking trail, running from Waterton National Park on the Canadian/U.S. border to Kakwa Lake, north of Mount Robson. As Beehive is along the Continental Divide, the Great Divide Trails runs through the area at treeline, and crosses the Oldman River at the northern boundary of the Natural Area. By virtue of this trail and others, Beehive offers a number of stunning hiking opportunities.

Due to its small size, the primary concern for the Beehive is the degradation of this protected area. Adjacent disturbances include forest fragmentation from industrial scale logging, road construction by the oil and gas and forestry industries, uncontrolled off-highway vehicle (OHV) use, and climate change.

The old growth forests of the Beehive need to be large and undisturbed in order to remain healthy. Relative to younger stages, old-growth stands have trees of many ages and sizes, and have more numerous large canopy trees, large snags and large downed logs. Overall, structural diversity is highest in old-growth, and this is reflected in unique plant and animal communities as well as significant species richness relative to younger stands (Schneider 2002). In Alberta, there are insufficient requirements for maintaining old growth on the landscape. AWA asserts that old growth forest must be explicitly recognized and incorporated into an old growth forest strategy for Alberta, including expanded protections in the Beehive area.

Although Beehive is formally protected under the Natural Areas designation, illegal off-highway vehicle (OHV) use persists throughout the areas seismic lines and old mining sites. OHV users can enter into the Beehive from surrounding areas, causing heavy erosion, preventing reclamation, degrading wildlife habitat and deterring other low-intensity forms of recreation.

Cattle grazing continues to be a persistent problem in the Beehive. Free-roaming cattle have been observed accessing the riparian areas adjacent to the Oldman River. Cattle can erode the shore banks, inhibit grazing by native species, increase sedimentation into the streams, and decrease overall water quality. AWA generally opposes domestic livestock grazing on public lands where it can be shown to be ecologically inappropriate or where populations of the full complement of native grazers exist, such as in the Alpine and Subalpine regions of the Beehive.

AWA completes a Stewardship report on the Beehive Natural Area. Site conditions since last inspections have not changed greatly, though cattle grazing is noted as a possible concern.

AWA documents the condition of the Beehive in a stewardship report. The report indicates, “huge amounts of wetland destruction by 4-wheel drive off-road vehicles!” on the road toward Memory Lake. Debris remains from the 2013 or 2014 floods, including camping units. There are also reports of cattle overgrazing in the Oldman River riparian area.

AWA is a volunteer steward for the Beehive Natural Area in the headwaters of the Oldman River. The area is labeled as a Wildland Park on maps within the SSRP but there is no detail of where it will be designated to fall once the plan is operationalized. This area is a popular venue for our hikes program, as is the Whaleback area. We have not visited the Beehive for two seasons due to ongoing issues with road access to trail heads. This may be a good thing as the area will have more opportunity to restore and remain wild as the threat of motorized recreationists is ongoing in the Beehive.

AWA writes a letter to Ralph Klein, Premier of Alberta, on measures to enhance management and protection of the Beehive and Mount Livingstone natural areas. We receive a response that several measures are under consideration.

Alberta Forestry, Lands and Wildlife publishes a management plan for the Beehive.

The Government of Alberta officially designates Beehive as a Natural Area. AWA disagrees with the Natural Area designation, as the Wildland Provincial Park designation would offer further protection  and emphasis on the conservation of natural heritage.

The Government of Alberta places Beehive under protective reservation.

The Alberta Forest Service recommends the Beehive for protection.

The International Biological Program (IBP) surveys and nominates Beehive as an IBP site.

Oil and gas exploration begins in Beehive. This continues until 1987 when Beehive is designated as a Natural Area; this 37-year period of mineral exploration results in the development of three seismic lines, one well-site and an access road in the area.

Indigenous Peoples have inhabited the Livingstone-Porcupine for over 10,000 years, since the retreat of the glaciers. This area falls within the traditional territory of Treaty 7, and is marked by the historical uses of the Blackfoot Confederacy (Siksikaitsitapi), consisting of Kanai, Siksika, and Amksapi Piikani, for hunting and winter camps.