A breath-taking landscape of 10,000 foot peaks, hanging glaciers, glacial till and alpine lakes, the White Goat is a stunning piece of true wilderness. 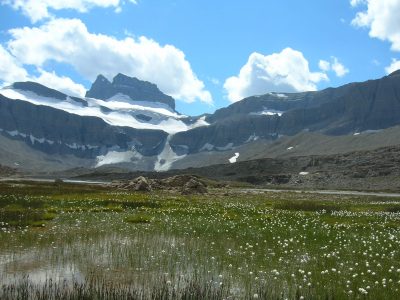 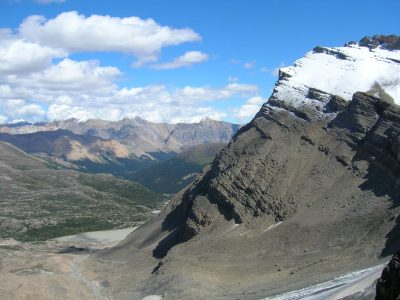 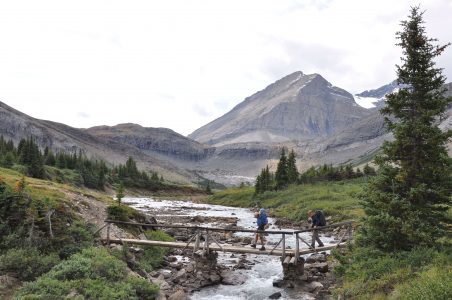 AWA believes the White Goat must continue to be carefully protected and managed as a Wilderness Area so that it can serve as an important benchmark for generations to come. The formal protection of adjacent lands (the Bighorn) as a Wildland Provincial Park would support the protection offered within the White Goat.

White Goat’s wilderness values are protected by legislation which prohibits entry by vehicles, aircraft and horse, while its wildlife is protected by bans on hunting, fishing and trapping. It is also protected by its isolation. Access is by foot only and requires experience in wilderness travel and route finding skills. 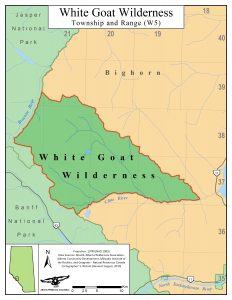 The White Goat is one of three Wilderness Areas, the others being Siffleur Wilderness Area and the Ghost River Wilderness. Together, they cover 1010km2 and are among the most strictly protected areas in Canada.

AWA believes the White Goat must continue to be carefully protected and managed as a Wilderness Area so that it can serve as an important benchmark of pristine Wilderness for generations to come. This would include formal protection of adjacent lands (the Bighorn) as a Wildland Provincial Park.

The White Goat Wilderness is 445 km2 in size, abutting both Jasper and Banff National Parks. The western boundary is a series of spectacular national parks peaks of over 3000 metres. The northern boundary is the upper Brazeau River and Jasper National Park. A rugged line of peaks that separates Coral Creek drainage from McDonald Creek constitutes the eastern boundary and the Cline River, the southern boundary.

The White Goat Wilderness Area is in the western portion of the Cordilleran Physiographic Province within the Rocky Mountain thrust belt. It contains a small portion of the Rocky Mountain Front Ranges but remains primarily within the eastern Main Ranges (Alberta Energy and Natural Resources 1982). Most of the rocks are Lower Paleozoic carbonates with rugged and angular mountains often streaked red by dissolved iron salts. The landscape of the White Ghost was further carved by glaciers, creating valleys, tarns, and cirque lakes.

There are great ranges in elevation in the White Goat Wilderness Area, ranging from 1,464m in the Cline River Valley to 3,315 on Mt. Stewart (Alberta Energy and Natural Resources 1982).

The White Goat Wilderness is considered to be of provincial significance as it contains the range of the Brazeau Caribou Herd.

The White Goat Wilderness Area is largely composed of the Alpine Subregion with some Subalpine within valley bottoms. 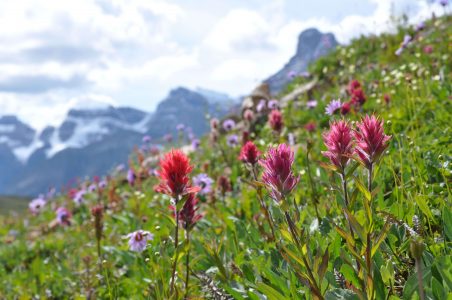 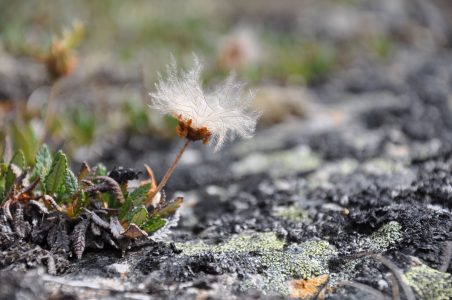 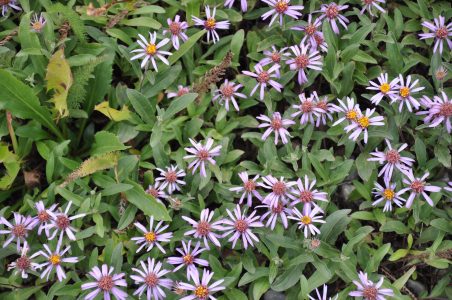 The White Goat Wilderness Area contains part of the range of the Brazeau Caribou herd. A population estimate in 2013 placed this herd at 8 individuals (Environment Canada 2014). Other animals in the lower regions include moose, elk, deer, grizzly and black bear, cougar, gray wolf and wolverine (Alberta Recreation and Parks 1992). It is also an extensive wintering area for bighorn sheep and a major location for mountain goat outside of the national parks. 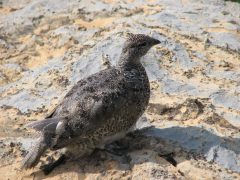 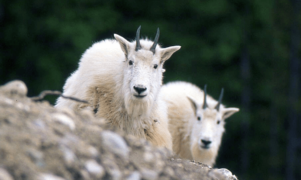 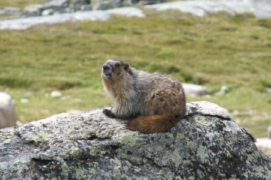 A survey of the Kootenay Plains suggests that the earliest nomadic people in the region were the Upper Kootenay, part of the Ktunaxa Nation, who made long and continuous use of these areas. The Kootenay people likely came in from the Columbia River through the Howse Pass, hunting bison overwintering in the Bighorn’s wide valleys.

The Rocky Mountain Nakoda’s oral history indicates they were the predominant people to have lived on the central eastern slopes of Alberta. They travelled in smaller groups in order to effectively forage and hunt in the Rocky Mountains and foothills. The nearby Big Horn Reserve is located within the region where the northern clans traditionally settled (Rocky Mountain Nakoda 2018).

As territorial boundaries were not definitive and fluctuated often, a number of other tribes also inhabited the region: the Peigan and the Blood, who joined to become part of the powerful Blackfoot Confederacy, were among these groups. The Sarcee people, now known as the Tsuu T’ina Nation near Calgary once occupied the upper North Saskatchewan River area and enjoyed a loose alliance with the Blackfoot.

Wilderness Areas permit only foot travel, and due to the distances involved, backpacking is often required. Visitors are encouraged to follow “no trace” practices in order to protect this fragile environment. 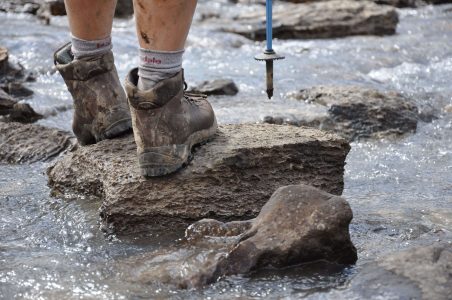 Loss and degradation of wilderness was, and has remained, the largest threat to the White Goat Wilderness. The Bighorn Dam on the North Saskatchewan River has flooded most of the Kootenay Plains grassland that once provided important winter range for elk, deer, moose and bighorn sheep of the White Goat. Past exploration of oil, gas, and coal left its mark in the form of cut lines and access roads. Helicopter tours and fishing expeditions to nearby alpine lakes have marked impacts on fish populations, stress to ungulates, and overall detraction from a user’s wilderness experience.

Perhaps the largest risk to incremental degradation of wilderness is the increasing threat of encroaching commercial development. In general, the White Goat and the adjacent Bighorn Wildland is known and valued for being one of the last remaining areas of wilderness in the province and AWA maintains that it should remain that way. AWA believes highway-side regions are best left undeveloped. AWA is firmly opposed to any commercial development within the adjacent Bighorn Wildland as we believe it would degrade these important wilderness values.

AWA writes to Alberta Sustainable Resource Development to report on observed illegal OHV activity and access signage deficiency at Whitegoat Trail. We receive a response stating they are aware of problems at the site and the activities are under investigation. ASRD state they are planning to increase patrolling in the area and replace signage.

Two individuals were prosecuted for illegal activity after needing rescue from the river and being forced to leave their vehicle in the river overnight.

The Wilderness Areas Amendment Act is enacted in January 1973, retaining land use and recreation restrictions but deleting the size limitation of 373 km2. Unfortunately, the White Goat Wilderness Area is still reduced in size from 1266.11 km2 by 65 percent to 445 km2 as was recommended by the Advisory Committee. This removed protection from lands further east, including Job and Coral creeks (Kregosky 1975).

A wilderness bill is prepared during the course of these public hearings and becomes the Wilderness Areas Act (1971). This Act re-established the White Goat under the new category of “provisional wilderness area”; however, it also subjected wilderness areas to a size review by an appointed Advisory Committee due to a 373 km2 size limitation incorporated within the Act (Kregosky 1975).

Public hearings are held across the province in response to public pressure for wilderness protection.

Protection of the White Goat Wilderness is re-established under the Public Lands Act by Order in Council (0.C. 1876/65).

The Siffleur Wilderness has been consistently used by Indigenous Peoples since ice retreated about 10,000 years ago.