Bill 79, the Trails Act, fulfills a promise the United Conservative Party made in its 2019 election platform. However, this bill does so dangerously. This legislation opens the door to the privatization of recreation trails on public lands. 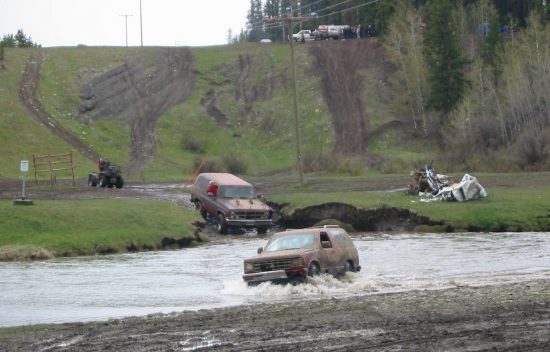 “Through this bill’s trail manager and trail agreement provisions, Minister Nixon will give himself the power to make any person, including corporations, responsible for managing all aspects of trails on public lands,” said Devon Earl, AWA Conservation Specialist. “This invites the privatization of public lands belonging to all Albertans.”

Section 7 of Bill 79 makes it very clear that Minister Nixon is willing to transfer all aspects of managing trails on public lands to any private actor. It enables the Minister to sign agreements with any person “for the purpose of the operation, management, construction, development or maintenance” of any recreational trail on public lands.

“This legislation is a dream come true for Alberta’s off-highway vehicle lobby,” said Ian Urquhart, AWA’s Executive Director. In 2015 the Alberta Off Highway Vehicle Association lobbied for, in its words, “a designated OHV trail system that is funded, planned, managed, and maintained by our user group.” The proposed Trails Act will enable OHV groups to have their designated trail systems.

Minister Nixon’s comments that he may abandon the UCP’s election platform commitment to introduce a mandatory $30 trail permit fee for OHVs also points to the influence of the OHV lobby group in his office. Promises that favour the OHV community are kept; those that don’t are up for reconsideration.

Bill 79 is a dangerous step towards privatizing public lands. It benefits the lobbyists who have done the most damage to Alberta’s public lands and should be withdrawn.

If you can, AWA asks that you email Minister Nixon (aep.minister@gov.ab.ca) to express your thoughts on the proposed Trails Act. Consider letting him know that: