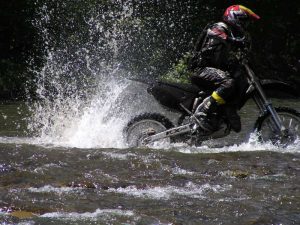 Brooks Motorcycle Club and its Vice President have been fined a total of $70,000 under the Species at Risk Act and the Fisheries Act for organizing a motocross race that crossed through North and South Racehorse Creeks several times, seriously harming and causing the death of young bull trout and threatened westslope cutthroat trout. Alberta Wilderness Association (AWA) applauds the decision for defending Alberta’s imperiled native trout and upholding the intent of the Species at Risk Act, as well as recognizing the damage that motorized use can have on fish habitat.

“This decision is important, as it recognizes the importance of our threatened native trout species and reinforces that we are all responsible for their protection and recovery,” said Joanna Skrajny, AWA Conservation Specialist.

Skrajny added, “The motorcycle club failed to obtain the necessary approvals for the race, failed to place bridges over water crossings and did not speak to federal fisheries authorities, despite having taken the proper precautions in  years previous and being aware that westslope cutthroat trout are a threatened species.”

AWA has long raised concerns over motorized vehicle racing events on public lands and their associated environmental impacts. AWA recognizes the work of local conservationists and fish and wildlife staff and thanks them for raising concerns and recording the damages of this event.