In an important decision made by Alberta Energy, years of perseverance and stewardship are on the verge of being lost. The Alberta Government has failed to take a vital step towards the legal protection of a significant part of Alberta’s foothills fescue grasslands. Located on the Milk River Ridge adjacent to the existing Twin River Heritage Rangeland, the lands are promised for protection under the government’s South Saskatchewan Regional Plan.

Alberta Wilderness Association (AWA) has learned that Alberta Energy extended leases owned by Granite Oil Corp. allowing them to see their application to drill on this sensitive landscape go forward through the AER process.  Wells on this landscape will disturb one of the only remaining intact native grasslands in Alberta and the decision to extend the leases threatens a landscape slated for protection.

“We are disappointed the Government of Alberta failed to step up and deny extension of these leases leaving protection of this important landscape without any priority.” said Cliff Wallis, AWA Board Member. “Despite verbal commitments by Environment and Parks Minister Shannon Phillips and a South Saskatchewan Regional Plan that identified these sensitive landscapes to be legally protected as vital parts of our native grasslands, the Government of Alberta chose not to follow through and extended leases that expired on the 14th of June 2017.”

AWA opposes oil and gas exploration within these lands designated for protection because of the critical ecological value that would be lost. Large, relatively undisturbed blocks of native grassland are few in number and relatively unprotected in Alberta. Temperate grasslands are considered one of the most threatened ecosystems on the planet by World Wildlife Fund. Much of Alberta’s remaining native grassland is fragmented or degraded.

“Although native grasslands are only about five percent of Alberta’s land base, they support almost one half of the rare ecological communities, 40% of rare vascular plant species and 70% of mammal, bird, reptile and amphibian species considered ‘at risk‘ or ’may be at risk‘,” said Wallis. “Alberta’s remaining large blocks of native grassland are extremely significant for biodiversity conservation. Safeguarding them from industrial activity is essential if we are to achieve the protected area targets in Alberta”

The Government of Alberta has identified this Milk River Ridge landscape as significant and has included it in the South Saskatchewan Regional Plan for expansion of the neighbouring Twin River Heritage Rangeland. With less than 2% of Alberta’s grasslands currently protected, AWA believes the legal designation of important grasslands, such as the Milk River Ridge lands, must be given urgent priority. Internationally agreed to Aichi Biodiversity Targets for the protection of our grasslands are set at a minimum of 17%. Minister Shannon Phillips and the Province of Alberta have stated their commitment to reaching these targets – the decision to extend the leases demonstrates no obvious commitment to that goal. 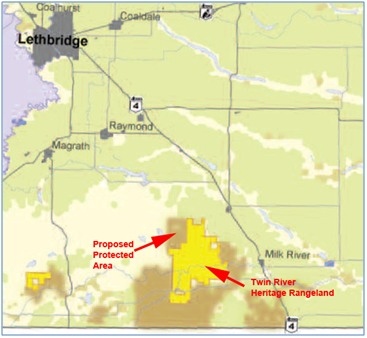 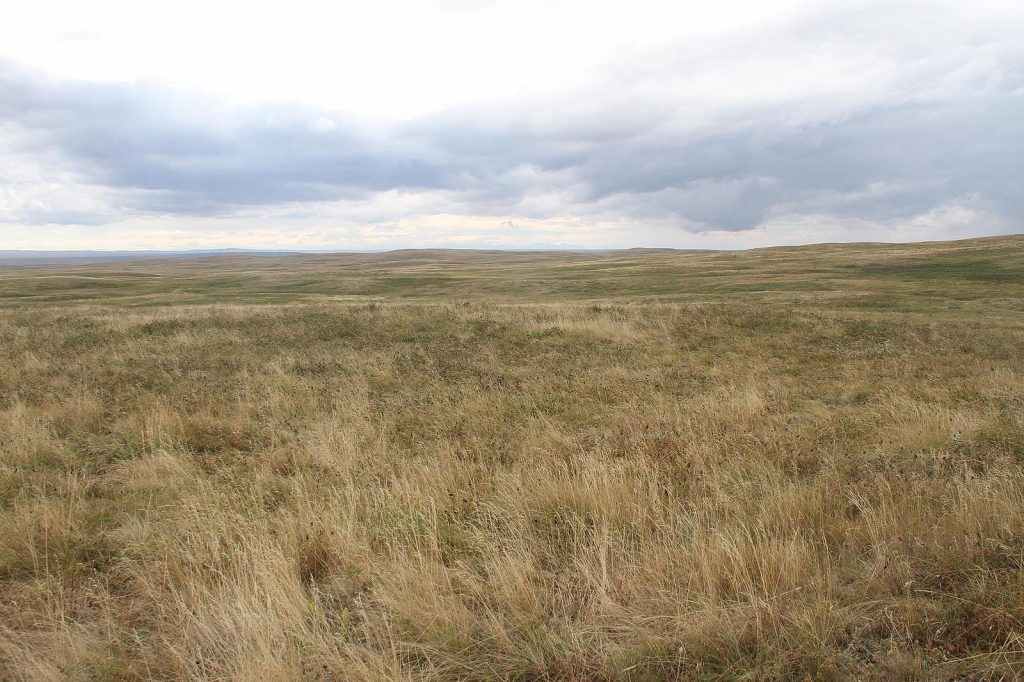