A briefing note by AWA and David Suzuki Foundation:

Despite the fact that southern mountain caribou are SARA-designated and a ‘pan-Canadian approach’ priority species, caribou in the three Jasper ranges managed by Parks Canada are becoming extirpated, right before our eyes. Parks Canada’s September 2020 update on the three populations reported: 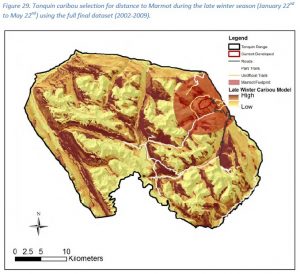 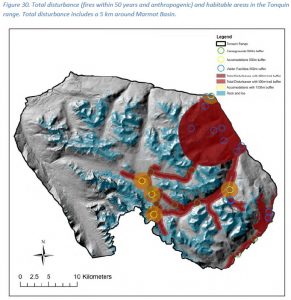 Jasper managers agree that the Maligne range is prime caribou habitat. However, to suit a few local interests, Parks Canada:

These actions set a very poor example for other jurisdictions to manage their much larger caribou ranges, with more complex land-use issues, in accordance with the federal Species at Risk Act (SARA).

What Must Be Done?

Jasper caribou have no time left to lose. 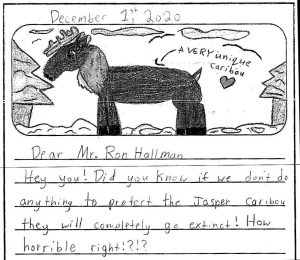 One of thirty letters by Grade 4 students of Hugh A. Bennett School, Calgary, to Parks Canada’s CEO, copied to AWA.