The Canadian Parks and Wilderness Society (CPAWS) Northern Alberta and the Alberta Wilderness Association (AWA) learned of the confirmed plans at a forestry public open house on August 19, hosted by West Fraser. The impromptu open house was held to address growing concerns from the public about fast approaching plans to log 54 cut blocks near the Willmore Wilderness Park, which would impact caribou, Athabasca rainbow trout and other boreal species.

The area to be logged includes some of the oldest and most intact tree stands in the region, including trees over 100 years old. The area includes old-growth trees that extend from the protected Willmore Wilderness Park—the plans indicate logging will occur right up to the park boundary.

“This is some of the last intact winter range available to this caribou herd—after this planned logging, it will be unlikely to meet their lifelong needs for at least 80 years,” says Gillian Chow-Fraser, CPAWS Northern Alberta. “With caribou ranges in Alberta so hammered by development, you would think that any piece of currently intact habitat would be a priority to conserve.”

“Only six percent of West Fraser Hinton’s tenure area overlaps with caribou range,” says Carolyn Campbell, AWA conservation director. “Of all places, this is where Alberta should pause clearcuts for endangered Athabasca rainbow trout and threatened A La Peche and Little Smoky caribou, until Alberta’s promised sub-regional plan is completed.”

Intact forests are especially important for threatened caribou, as they are sensitive animals that rely on contiguous forests to avoid predators and find suitable food resources, which only grow in very old forests.

While habitat-focused conservation measures are lagging, the Government of Alberta continues to carry out a controversial wolf cull program as an emergency measure to temporarily stabilize caribou numbers. The wolf cull has been ongoing in A La Peche and Little Smoky caribou ranges since the winter of 2005/06.

CPAWS Northern Alberta and AWA believe cautious considerations need to be made for how, where and when logging occurs in caribou ranges so that currently intact habitat remains intact, and undisturbed habitat increases in the near-term. This should include critical re-considerations and re-assessments of harvest volumes and harvest locations in caribou ranges.

And please copy federal ECCC Minister Jonathan Wilkinson (ec.ministre-minister.ec@canada.ca) and AWA’s (ccampbell@abwild.ca). Thank you! And a big thank you to those who have already written! 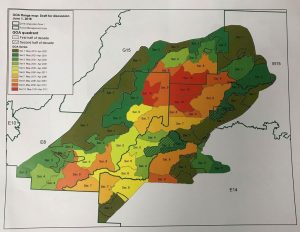 Figure 1: A map of areas planned for logging over the next 100 years in threatened woodland caribou critical habitat in west-central Alberta. Each ’compartment’ indicates the decade in which logging is planned, with green compartments being the areas with most imminent logging. Source: Government of Alberta, via West Fraser’s public open house, August 19, 2021. 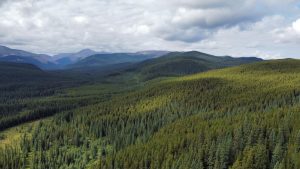 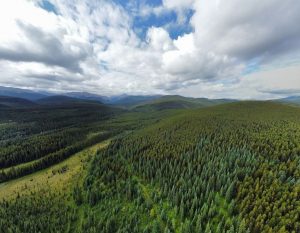