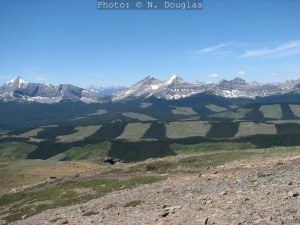 OTTAWA/TRADITIONAL, UNCEDED TERRITORY OF THE ALGONQUIN ANISHNAABEG PEOPLE — Ahead of the world’s biggest nature conference in a decade, eight leading environmental organizations from across Canada have filed a complaint with the Competition Bureau requesting it conduct an inquiry into false and misleading ‘sustainability’ claims made by the Sustainable Forestry Initiative (SFI) about its sustainable forestry certification scheme.

SFI is North America’s largest forest certification system and is backed by the logging industry. SFI gives the impression that logging operations certified to its standard are ‘sustainable’ while having no rules requiring that logging meet prescribed sustainability criteria nor any on-the-ground assessment to confirm sustainability. SFI has long faced criticism from environmental and community groups in both Canada and the United States.

Considered in the context of an internationally accepted definition of sustainable forest management, the groups say SFI is misrepresenting the standards of its certification system, and that this has contributed and will continue to contribute to unsustainable logging globally and in Canada on an immense scale. SFI’s certification allows clearcutting, spraying of toxic chemicals, and logging of endangered forests (including old growth forests and caribou habitat).

“The Sustainable Forestry Initiative’s standard is a greenwashed certification that misleads consumers and fails to protect forests and the environment. This deception needs to stop immediately.

“Forest certification could be a useful tool to help consumers seek out and buy products from well-managed forests. However, industry-led certifications such as the SFI standard have been corrupted into a self-interested tool to greenwash irresponsible forestry practices.”

“SFI’s greenwash of unsustainable logging is holding back urgent government action. The reality is that forests right across Canada are in crisis and no amount of certification can paper over that. Instead, we need stronger laws to protect old growth forests and threatened wildlife from multinational logging companies. And much more support for Indigenous People’s rights on their lands.”

“Forestry companies under the SFI certification standard can clearcut natural mixed-species forests, spray glyphosate to suppress natural re-growth and replace them with softwood plantations, all while claiming to be ‘green’ to the marketplace. It’s classic industry greenwashing and it needs to stop.”

“Consumers are sick and tired of meaningless greenwash. When they buy a product on the basis of it being produced sustainably, they deserve to be able to believe that this claim is backed up by a credible standard. We are counting on the Competition Bureau to protect consumers and to restore their trust.”

“Walking through a clearcut filled with the stumps of thousand year-old trees is always awful, but knowing the destruction of these irreplaceable ecosystems is being marketed as sustainable is particularly hard to stomach. Companies should not be permitted to log in at-risk old-growth forests, and the industry should not be allowed to brand this logging as sustainable.”

“Instead of requiring the protection of endangered species, like caribou, SFI only requires that companies have a program in place that is related to that issue, with no regard to how that species is actually doing — they are certifying intentions, instead of outcomes.

“The logging industry is using its own certification system to pass off wood products as carbon-neutral and sustainable. But if you look into the details of the standard, there’s nothing backing those claims up.”

“SFI allows the certified destruction of habitat for species-at-risk and primary forests that are vital for supporting biodiversity. This greenwashing allows the government to turn a blind eye to the harmful impacts of forest mismanagement.”

“As a biologist working with pulp companies like Northern Pulp for decades, even pristine forests were clear-cut. It was the only harvest method they used. Their SFI certification is a farce.”

“The industry regularly points to high rates of certification as proof they are sustainable, but this report shows that there is nothing really backing these claims of sustainability.

“Caribou ranges are collapsing and companies continue to log into new intact carbon rich areas. Scars that won’t come back by 2050.”