Alberta’s Rocky Mountains and Foothills are facing an unprecedented threat; coal mining exploration and development in the Eastern slopes has the capacity to pollute vital headwaters and completely dismantle fragile ecosystems.

AWA, in partnership with the Coal Policy Working Group and other ENGOs and concerned citizens, is hosting a series of virtual public “town halls” that explore particular aspects and impacts of coal mining in Alberta. Each town hall in this series is comprised of a panel of speakers that share their expertise and experiences with the audience, in addition to answering questions. The first Town Hall of the series focused on Coal and Health, and featured Lars Sander-Green from Wildsight, retired biologists Kirby Smith and Lorne Fitch, Peter Sainsbury from Climate and Health Australia, and Dr. Tim Takaro at Simon Fraser University’s Faculty of Health Sciences. A recording of the Coal and Health Townhall can viewed on YouTube here.

On March 23, 2021, we hosted the second event in the series, Coal and Economics. Panelists included Dr. Willem Langenberg from the University of Alberta, independent consultant Cornelis Kolijn, AWA’s Dr. Ian Urquhart, and Chris Severson-Baker from the Pembina Institute, who explored the real-world economics behind coal mining in the Eastern Slopes. A recording of the Coal and Economics Townhall can be viewed on YouTube here, and PDF copies of the presentations can be downloaded from the links below:

Thank you to all who have attended the townhalls! Sign up for our newsletter for updates on the final townhall in May. 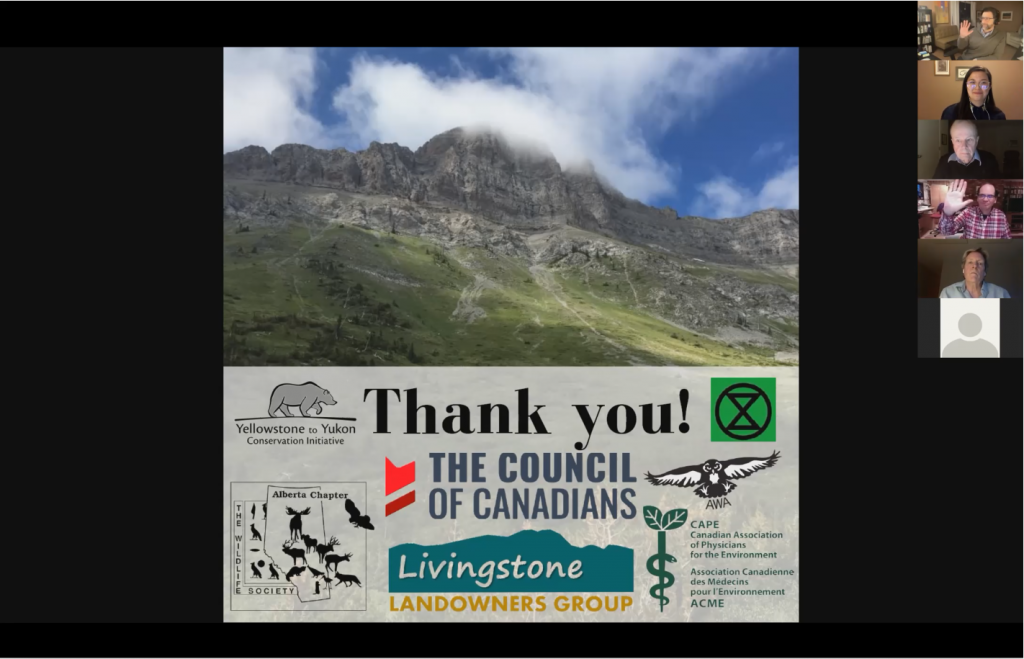 If you would like to get involved in the issue of coal mining in Alberta, please consider writing a letter to the appropriate decision maker. AWA is recommending that letters be sent to the Hon. Jonathan Wilkinson, federal Minister of the Environment and Climate Change, and that they be copied to provincial decision makers.

Contact info for Minister Wilkinson, and relevant provincial ministers and leaders, can be found below. This information is also on a downloadable PDF that can be found here [Download].

As always, we appreciate if you would copy AWA’s Conservation Director Ian Urquhart on any such correspondence you send.