Yesterday, the Alberta government released a proposal to expand the Twin River Heritage Rangeland Natural Area in order to protect a significant piece of Alberta’s endangered grasslands. Alberta Wilderness Association (AWA) is relieved to finally see concrete steps towards protection of a critical piece of Alberta’s native grasslands, which has been on government books awaiting protection for years. AWA remains concerned about ongoing potential threats to this landscape from oil and gas exploration.

“Although native grasslands are only about five percent of Alberta’s land base, they support almost one half of the rare ecological communities, 40% of rare vascular plant species and 70% of mammal, bird, reptile and amphibian species considered ‘at risk‘ or ’may be at risk‘,” said Cliff Wallis, a director with the AWA. “Alberta’s remaining large blocks of native grassland are essential for biodiversity conservation and safeguarding them from industry is needed if we are to achieve protected area targets in Alberta.” 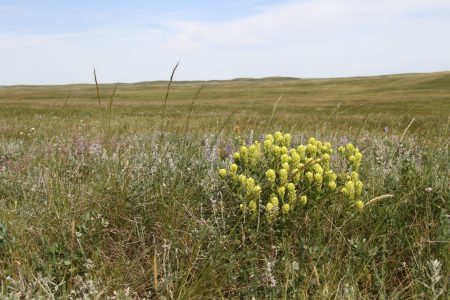 The government has launched a 30 day consultation until August 31 on the proposal to reclassify and expand the Twin River Heritage Rangeland Natural Area by changing it to a Heritage Rangeland and adding 3173 hectares (7840 acres) to the existing protected area. This is in alignment with the 2014 South Saskatchewan Regional Plan’s commitment to expand conservation of native grasslands, which specifically identified this area as important to protect. The Alberta consultation survey notes that this move would provide “more legal protection to grasslands, one of the least represented areas in the parks and protected areas system, and one of the more endangered terrestrial ecosystems on the planet.”

“AWA supports the government’s move to protect this critical area but we remain concerned about outstanding mineral leases as well as recently submitted wellsite and pipeline applications by Granite Oil Corp.” Cliff added, “We are urging the government to fully secure these lands by not extending the duration of these leases and to negotiate a fair settlement with Granite. Wells on this landscape would disturb the sweeping vistas and native habitats in this corner of Milk River Ridge that is not yet industrialized.”

With less than 2% of Alberta’s grasslands currently protected, AWA is fully supportive of prioritizing the legal designation of important grasslands, such as these Milk River Ridge lands. Internationally agreed to Aichi Biodiversity Targets for the protection of our grasslands are set at a minimum of 17%. Alberta Environment and Parks Minister Shannon Phillips has affirmed Alberta’s commitment to reaching these targets – the decision to move forward on protection demonstrates a commitment to that goal. 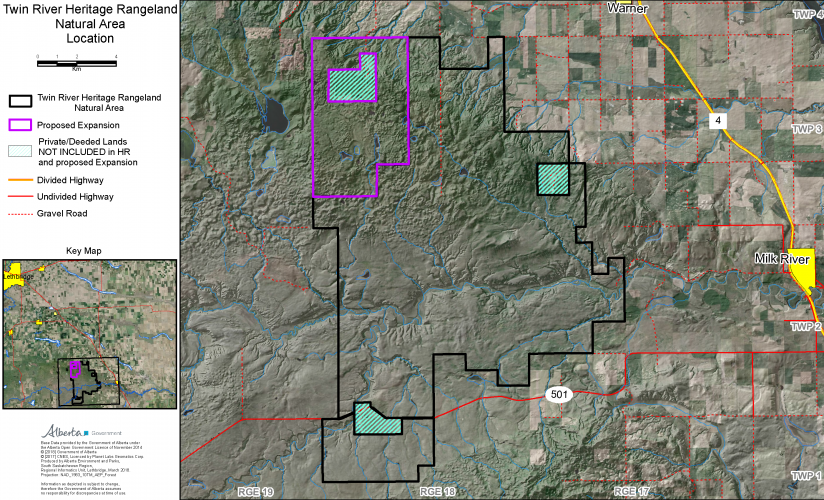