“We looked in vain for changes to the binding provisions of the Forests Act that support forest ecosystems and that modernize public participation,” said Carolyn Campbell, AWA conservation specialist. “We’re unconvinced by the grafting of slender preamble paragraphs onto what remains an outdated timber-supply-centred law and management system.”

In the Forestry Minister’s October 22nd statement for the Bill’s First Reading, there was no word on conservation of forest soils, carbon, waters, and wildlife, nor of strengthening public involvement in decisions affecting public forests. Instead Minister Dreeshen emphasized “more flexibility for foresters on when they can harvest and ensuring fibre security for our foresters and to becoming a top jurisdiction for forest companies to do business.”  In AWA’s view, the Forests Act amendments mainly make it easier to issue timber quotas of longer terms.

Since citizens weren’t consulted on Forests Act changes, AWA asks the Alberta government to ensure there is meaningful public and Indigenous consultation on upcoming Forest Management Agreement (FMA) regulations. The Forests Act amendments specify that regulations will spell out standard clauses and matters that must be addressed in important 20-year long FMAs. These FMAs cover most of Alberta’s public forests.

AWA encourages all those who are concerned to write Alberta’s Minister of Agriculture and Forestry, Hon. Devin Dreeshen (af.minister@gov.ab.ca) and the Minister of Alberta Environment and Parks, Hon. Jason Nixon (AEP.Minister@gov.ab.ca), copying AWA’s ccampbell@abwild.ca, and request that Alberta: 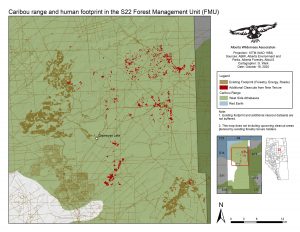 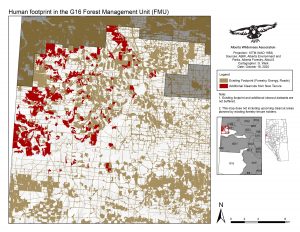