AWA comments to the  Alberta government during its 2022 review of the Mine Financial Security Program. 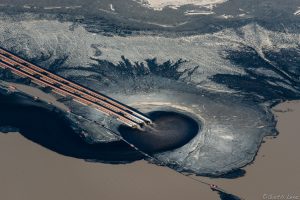 AWA, founded in 1965, is an Alberta-based conservation group with over 7,500 members and supporters in Alberta and around the world. AWA seeks the completion of a protected areas network and good stewardship of Alberta’s public lands, waters and biodiversity to ensure future generations enjoy the abundant benefits they provide.

Alberta now holds only $913 million in oil sands mine reclamation financial security. This is the same amount it held in December 2010, at MFSP’s inception. Meanwhile, total active oil sands mine footprint has grown seven-fold, from 144 km2 in 2010 to 1,055 km2 in 2020, the latest figures available. Only one km2 of those mine sites is certified as reclaimed.

MFSP logic is that Alberta will collect the rest of the reclamation funds starting in the last 15 years of mine life, up to the last six years of mine life. This back end loaded financial collection is far too risky. MFSP also allows inappropriate allowances to extend end-of-mine life, such as combining mine leases.

AWA believes investors in a sunset industry are unlikely to pay billions of dollars of clean-up costs long after a mine’s main profit-earning years are over. They are only likely to do so if their anticipated returns outweigh their reclamation costs; otherwise, they are likely to default on these obligations. That is why MFSP should be reformed to require operators’ posted financial security to match their total incurred reclamation liabilities. There could transitional steps, but it is urgent to achieve this shift.

MFSP’s approach of having the Alberta Energy Regulator (AER) monitor companies’ Asset-Liability ratios is inadequate to manage reclamation default risk. Complex ownership layers of subsidiaries and holding companies can sever financial resources from reclamation liabilities. MFSP also ignores the risk of quick re-pricing and stranding of hydrocarbon assets and operations. For example, the Bank of Canada’s June 2022 Financial System review noted “the high level of uncertainty associated with the transition to a low-carbon global economy. The wide range of possible paths for this transition creates the potential for the quick repricing of assets exposed to climate-related risks, which could lead to stranded assets.”

Given Albertans’ enormous financial exposure to these reclamation liabilities, MFSP reporting rules must also be modernized. The AER’s annual reports of operators’ estimates of third-party reclamation costs lack transparency; the costs are likely far too low. AER internal 2018 documents obtained by National Observer journalists estimated it would cost $130 billion to reclaim oil sands mine sites. That is four times higher than the $33 billion in AER’s September 2022 report of oil sands mine operators’ current reclamation liability estimates; it is 140 times higher than financial security funds now held by the Alberta government. AER’s MFSP reports now lack any identified ‘unit’ or ‘total’ costs for key project elements, such as tailings and processing plant remediation, watershed and wetlands re-construction, monitoring, or contingencies. To allow for public scrutiny, MFSP rules should require operators to provide this level of detailed reclamation cost estimates, which should then be published.

Quebec and Yukon governments each require full mine financial security to be collected for mine reclamation; Alberta should catch up. For all Albertans, and in particular the Indigenous rights holders most affected by the long-term impacts of these mines, Alberta must reform MFSP requirements to ensure that the government holds full financial security for mines’ incurred reclamation liabilities.

Please address these concerns in the government’s review of the Alberta Mine Financial Security Program. We look forward to updates on this Program review.