“A Mixed Bag:” Bill 12 and Cleaning Up Oil Wells 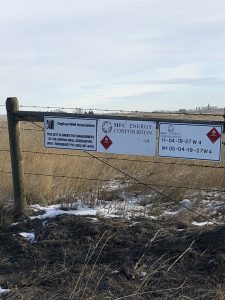 In 2006, President George W. Bush told Americans they were “addicted to oil.” By then, Alberta’s oilfields and tar sands had become the most important stash of foreign oil feeding that addiction. Alberta was a friendly, trustworthy dealer.

In recent years, attention has started to focus on cleaning up the environmental damage created by feeding that addiction. Thanks to organizations such as the Alberta Liabilities Disclosure Project (ALDP) public awareness has grown of the need and scope of this clean up. As any recovering addict should tell you, cleaning up from addiction is hard work, expensive work. Last July the ALDP wrote to Energy Minister Savage to suggest that approximately 1,500 companies had amassed $64.6 billion in oil and gas well cleanup obligations.

Through Bill 12, the Liabilities Management Statutes Amendment Act, 2020, the Alberta government took aim at this dire situation. Introduced on March 31, 2020, the bill was pushed through the legislature in three days. Energy Minister Savage told the Legislature the initiative was one that would create much needed work in the oilpatch, work that would “accelerate the cleanup of oil and gas properties that do not have an owner to be accountable for the cleanup.” She said it would strengthen the abilities of the Alberta Energy Regulator and the Orphan Well Association (OWA) to manage orphan, abandoned wells. The Bill would do this “while protecting landowners and ensuring environmental and public safety.”

David Swann, retired MLA and member of the ALDP, sees some merit in this new law. The legislation includes “part of the recommendations we were making at the Liabilities Disclosure Project.” He said the ALDP had “encouraged the Orphan Well Association to take over some of these companies while there still was some viable producing wells.” The revenue from this production could then be used to start the cleanup.

This recommendation found its way into Bill 12. Marlin Schmidt, the NDP Environment and Parks critic, also felt that, in principle, this was a positive measure. But Schmidt wanted additional guarantees in the law that the OWA would have the authority to do that effectively. The government didn’t offer such amendments, any amendment, to Bill 12. Schmidt, in the all-too-brief legislative debate on this Bill, also was glad to see the Bill demand that oil and gas operators must remediate, not just reclaim, the lands hosting petroleum facilities.

However, an enormous “but” may detract significantly from these positive changes. Bill 12, despite the Minister’s assertion that the law is “protecting landowners,” may instead be a slap in their face. In Swann’s words, “they haven’t respected the rights of landowners. They’ve said the Orphan Well Association…can go on someone’s land and do what they choose to do, when they choose to do it.” Like Swann, Schmidt sees Bill 12 as undermining individual’s property rights: “This piece of legislation strips away the ability of property owners to even give consent. It doesn’t even require them to give consent when the old legislation did.” According to Swann, this possibility was never raised seriously when the OWA consulted with landowners about changing the mandate and authority of the OWA in the year prior to the appearance of Bill 12.

The Energy Minister never responded to these criticisms in the legislative debate. She left it largely to Minister of Municipal Affairs Madu to address the Official Opposition’s concerns. Madu insisted that other measures in the amended section 101 of the Oil and Gas Conservation Act ensured that landowners were, in fact, protected. After reading both the previous and the new sections of the Oil and Gas Conservation Act, I believe landowners should be concerned that the new law further infringes on their property rights. Furthermore, it also appears the sub-surface property rights of petroleum producers are better protected than the surface rights of landowners.

Swann and the NDP’s Irwin Sabir raise another important point about this Bill. It gives the provincial cabinet the authority to override management decisions made by either the OWA or the Alberta Energy Regulator. For Swann, this raises the spectre that, in some circumstances, the decision-making of an independent, non-profit organization like the OWA, will be replaced by political decision-making. If the OWA’s clean up priorities don’t fit well with those of the cabinet, the cabinet can dictate to the OWA what the Association must do. Sabir agreed in the legislature with this contention. He described this change as one that gave the cabinet “carte blanche” – complete freedom to act as it wishes – vis-à-vis the OWA and the Alberta Energy Regulator. Sabir pointed out that neither the Energy Minister, nor any other Minister of the government, “has given us any good reason why this Legislature should pass this piece and give government this power.”

Potentially then, parts of Bill 12 could help ensure we reduce the size of the petroleum industry clean up challenge we seem destined to leave to the next generation. But, I think the government could have done better. It allowed less than three hours of debate in the legislature on such a vital issue. More importantly perhaps, the government refused to refer the legislation to the Standing Committee on Resource Stewardship. In that committee, MLAs could have heard at length from landowners and from experts about what the likely consequences of this new law will be. Referrral to the Standing Committee, in other words, could have strengthened and improved the legislation. That is how a well-functioning representative democracy should operate.