The Alberta Wilderness Association and Timberwolf Wilderness Society are taking the Minister of Fisheries and Oceans Canada to Federal Court over her failure to issue a critical habitat order for Alberta’s threatened population of westslope cutthroat trout. The order is required by law under the Species at Risk Act (SARA).

“The Minister’s critical habitat order, or an equivalent protection statement, has not been issued within the statutory time limit, and is now almost one year overdue,” says Brittany Verbeek, AWA Conservation Specialist.

The Environmental Law Clinic, operating in the University of Calgary’s Faculty of Law, filed the application with the Federal Court of Canada on Friday, 18 September 2015.

The applicants are also seeking to have the court declare unlawful the Minister’s ongoing reliance on certain provisions in SARA and Fisheries Act in place of the required critical habitat order. These provisions have been ruled inadequate by the court in past decisions.

The court action follows the groups’ repeated requests to the Minister and her staff to issue the overdue order. The Minister’s staff have stated or implied since fall 2014 that issuance of the order is imminent, and that the protection and recovery of westslope cutthroat trout is a priority. Despite this, the critical habitat order for this species does not even appear on the Minister’s 2015-2017 regulatory plan on forthcoming critical habitat orders.

“As far as we can tell, only a single critical habitat order has ever been issued for any SARA-listed species under the jurisdiction of Fisheries and Oceans Canada,” says Timberwolf’s Aquatic Ecologist, David Mayhood, “and that order – required by statute – had to be forced out of the Minister in court.”

Protecting the habitat of native cutthroats is essential to save and restore this iconic Alberta trout. Degraded habitat is likely to promote hybridization with introduced rainbow trout, the major threat to this species. The few remaining secure, isolated populations need quality habitat to maintain populations of sufficient size to survive in the long term.

Alberta’s native westslope cutthroat trout was once widespread and abundant throughout most of the upper Oldman and upper Bow River systems. The species in its pure form is now reduced to a few, mostly small, remnant populations in isolated headwater streams in both drainages. Critical habitat for the species in most of these streams is facing ongoing damage from the combined effects of one or more of off-highway recreational vehicle use, clear-cut logging, gasfield development, grazing, and mining.

Westslope cutthroat trout in Alberta was formally assessed by scientists of the Committee on the Status of Endangered Wildlife in Canada as threatened in 2006. The species was designated under SARA as Threatened in 2013. A final SARA Recovery Strategy document was published in March 2014. The Recovery Strategy identified all of the critical habitat for the species known up to that time. A critical habitat order from the Minister, protecting the designated habitat in law, was required to be published by 24 September 2014. As of the date of this news release, that order is 363 days late. The habitat critical for maintaining and restoring the remnant native cutthroat populations remains inadequately protected by law. 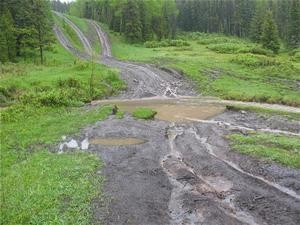 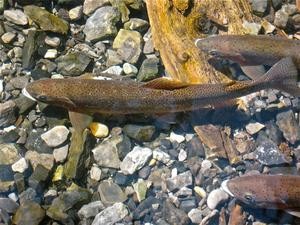