When is an endangered species not an endangered species?  A snake called the yellow-bellied racer is so rare in Alberta – you could count the number of confirmed records on the fingers of two hands – that in the past it has fallen between the cracks of provincial endangered species protection. A search for the yellow-bellied racer on the website for Alberta Environment and Sustainable Resource Development (ESRD) did not even acknowledge that the species occurs in Alberta. It currently has no official status – endangered, threatened or secure for example – in the province. 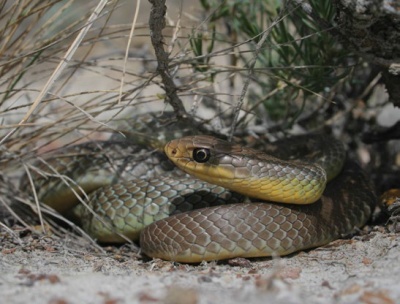