AWA’s Statement of Concern to the Alberta Energy Regulator on Shell’s application to use up to 5 million m3 per year of Iosegun Lake’s water for oil and gas fracking operations. AWA requests that this application be denied until concerns about significant water and land impacts in the Little Smoky River watershed, where the water use would occur, are resolved.

AWA is concerned that: 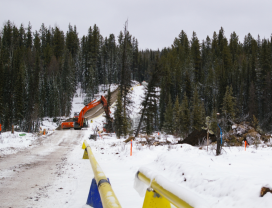