“We applaud today’s decision by the Prentice government to postpone new Redrock-Prairie Creek lease sales for now,” says Carolyn Campbell, AWA conservation specialist. “For Alberta to fulfill its commitment to achieve naturally sustaining caribou populations, much more is needed to reduce existing disturbance in these ranges, so we look forward to further decisive steps to achieve that.”

The Redrock Prairie Creek mountain caribou population is estimated to have declined from 212 animals in 2009 to 127 in 2012, a 40% decline. This population was rated as ‘Stable’ in 2004 when Alberta’s ineffective 10 year caribou recovery plan was put in place. Caribou will soon disappear without strong habitat protection, whereas energy resources can be extracted with a greatly reduced footprint compatible with caribou.

Excessive human disturbance within caribou range stimulates populations of deer, moose and the wolves that prey on them. Seismic lines and roads that fragment older forests and wetlands provide predators with easy access to caribou, resulting in higher predation than caribou can tolerate. Alberta’s focus on aerial gunning and poisoning of wolves to try to stabilize the Little Smoky caribou population east of Redrock-Prairie Creek, while allowing ongoing habitat loss from industrial activities, has recently attracted widespread criticism. 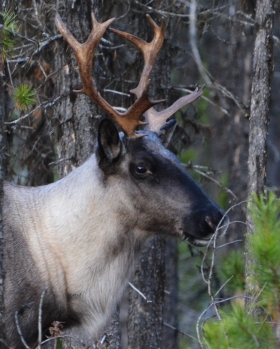