On March 11, the Alberta government plans a major auction of new oil and gas leases on 21,000 hectares (212 square kilometers) of endangered mountain woodland caribou habitat, without rules to reduce surface disturbance below current excessive levels. Nearly a year after scientists assessed Alberta’s mountain caribou as in imminent danger of extinction, the new leases in Redrock-Prairie Creek mountain caribou range, in the Kakwa region of west central Alberta, will encourage more new seismic lines, well sites and roads and make survival chances even worse for these caribou. The Alberta Wilderness Association (AWA) calls on the Alberta government to defer energy lease sales in endangered caribou ranges until effective rules to protect the herds are in place.

Excessive human disturbance within caribou range stimulates populations of deer, moose and the wolves that prey on them. Seismic lines and roads that fragment older forests and wetlands provide predators with easy access to caribou, resulting in higher predation than caribou can tolerate. The Redrock Prairie Creek population is estimated to have declined from 212 animals in 2009 to 127 in 2012, a 40% decline. This population was rated as ‘Stable’ in 2004 when Alberta’s ineffective 10 year caribou recovery plan was put in place. Alberta’s focus on aerial gunning and poisoning of wolves to try to stabilize the Little Smoky caribou population east of Redrock-Prairie Creek, while allowing ongoing habitat loss from industrial activities, has recently attracted widespread criticism. 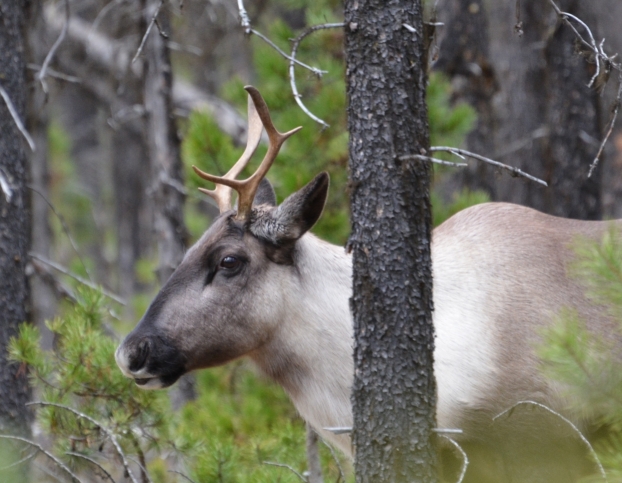