Losing the Boreal: A View of How Climate Change Could Shift Alberta’s Ecosystems

Wild Lands Advocate article, February 2014, by Carolyn Campbell. University of Alberta biologist Rick Schneider is undertaking three studies as part of the Biodiversity Management and Climate Change project led by the Alberta Biodiversity Monitoring Institute (ABMI). His first published work from August 2013, “Alberta’s Natural Subregions Under a Changing Climate: Past, Present, and Future” explores the dramatic changes that may occur in Alberta Natural Regions and Subregions due to climate change over the next century. 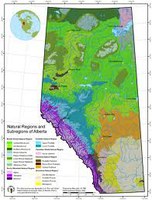