Construction of Suncor Energy’s ill-fated Sullivan sour gas development in Kananaskis Country seems unlikely to begin any time soon, even though it is nearly two years since the company’s predecessor Petro Canada received approval from the Energy Resource Conservation Board (ERCB). The latest setback to the development is a successful legal appeal by the Stoney Indian band.

Back in June 2010, despite widespread public opposition, ERCB granted Suncor permission to drill 11 sour gas wells and build 37 km of pipeline across a swathe of relatively pristine Kananaskis Country land. The pipeline would cross the Eden Valley Reserve, and the implications for reserve residents were startling. One of the fifteen “conditions” attached to the approval read “The Board requires Petro-Canada to assess each residence of the Eden Valley Reserve for its suitability for sheltering in place and to identify and upgrade at least one room in each residence to make it suitable for sheltering in place.” Imagine how you would feel if that condition were applied to your house and your neighbourhood!

In its original approval, ERCB decided not to classify the Eden Valley as an “urban centre.” Setback requirements for sour gas developments are considerably less stringent for communities not defined as urban centres, and this was the basis for the Stoney Indian band’s appeal to the Alberta Court of Appeal. The Court seemed to agree wholeheartedly with the band. “In our view, the board did not exercise discretion in a justifiable, transparent or intelligible way,” the court found . “Its decision not to qualify the reserve as an urban centre falls outside of the range of acceptable and rational outcomes that are defensible in respect of the facts and law.” 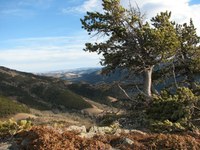