The Final Nail in the Coffin of the Grassy Mountain Coal Project? 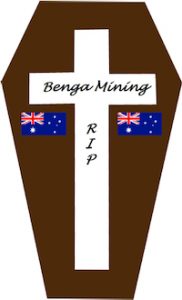 On Friday, August 6th Federal Environment and Climate Change Minister Jonathan Wilkinson released the federal government’s decision on the Grassy Mountain Coal Project. Minister Wilkinson concluded “the project is likely to cause significant adverse environmental effects” and the federal government “has determined those effects are not justified in the circumstances and therefore, the project cannot proceed.”

Is this the final nail in the coffin of Gina Rinehart’s Grassy Mountain Coal Project? I will wager it is.

On the one hand, Minister Wilkinson’s announcement was surprising. After all, the June 17th Joint Review Panel report made it very clear a federal decision wasn’t required. As the decision-maker for the Alberta Energy Regulator (AER), the Panel rejected Benga Mining’s applications for the permissions needed for the mine to proceed. Without those permissions, the project couldn’t go ahead. Ottawa could have remained silent.

But, the federal cabinet’s decision should make Benga’s desperate legal gambit pointless. Even if Benga’s dreams of success at the Court of Appeal are realized, Ottawa now has rejected the project. Legal victories at Alberta’s Court of Appeal won’t change this fact. Without Ottawa’s approval, the Project cannot proceed. It appears to me to be just that simple.

Electoral politics may help to explain the Minister’s decision to put this nail in Benga’s coffin. With this announcement the Minister offers further evidence that the federal Liberals will take a very hard line on any plans to strip-mine the Canadian Rockies and Foothills for coal. Arguably important electoral advantages flow from that position and what it may signal for issues like climate change.

For the time being AWA, on behalf of ourselves and our Grassy Mountain Coalition partners – the Grassy Mountain Group, intends to offer financial support to the Livingstone Landowners Group if LLG participates in the hearing regarding Benga’s application for permission to appeal the AER’s rejection of Grassy Mountain. AWA doesn’t see any advantage in appearing as a separate party in that application. Unless Benga withdraws its application in light of Minister Wilkinson’s decision, that case likely will be heard in September.

The news release from the Impact Assessment Agency of Canada is here. The decision statement from Minister Wilkinson is here.

If you would like to write to Minister Wilkinson to congratulate him on his decision here are his addresses:

The Hon. Jonathan Wilkinson,
Minister of Environment and Climate Change,

Jonathan Wilkinson
House of Commons
Ottawa, ON
K1A 0A6

The link to the Committee’s website is here. It invites you to share your views on a coal policy with the committee by email to energy.coalpolicy@gov.ab.ca

On July 25th, AWA offered the following points that could be raised with the Committee. I’m repeating them here:

– On March 29th, Dr. Wallace said the Committee’s “job is to first of all listen to the widest spectrum of people in Alberta…” and that “a lot of the views are going to be based on aesthetics, values, and traditional values…” The Committee should give aesthetics, as well as the impact coal mining will have on recreational activities, an important place in their work.

– Water. Water quality (pollution from selenium and other toxins) and water allocation (where will the water come from to “wash” a mine’s coal – and how will that affect the amount of water available to municipalities, First Nations, ranchers and irrigators…and the ecological needs of our headwaters) strongly favour a total ban on mining.

– With respect to water quality, remind the Committee that the Joint Review Panel into the Grassy Mountain Coal Project concluded that Benga’s mine would have “significant adverse environmental effects on surface water quality…” Benga didn’t demonstrate to the Panel that its proposed mining technologies would mitigate those effects. That’s a very strong position for why coal mining simply shouldn’t be allowed.

– Threats to species-at-risk such as westslope cutthroat trout and bull trout. The presence of these species on Alberta’s landscapes is more and more precarious. Coal mining will amplify the threats these species face from habitat degradation. Note on the map below the extent to which coal mine leases overlap with critical westslope cutthroat trout habitat and core grizzly bear habitat.

– Given the metallurgical coal production futures predicted by organizations such as the International Energy Agency and the World Steel Association the economics of coal mining are suspect. AWA argued this in our June 9th presentation to the Committee. We also raised important questions about the amount in royalties coal mining could deliver to the provincial treasury. Links to our PowerPoint presentation (briefer) and to the full submission are here.

– With respect to economics, you may want to remind the Committee that these economic arguments figured importantly in the Joint Review Panel’s reasons for rejecting Grassy Mountain. The Panel concluded that: “Benga’s estimated royalty payments are likely overstated.” They also wrote, with respect to the risks associated with coal prices, evolving steel making technologies, and climate change, that: “We find that Benga presented an overly optimistic economic analysis that did not adequately consider these economic risks, which could undermine project economic viability, employment, and payments to governments later in the mine life.”

– I think the Panel reached a profound conclusion when it wrote that “even if the positive economic impacts are as great as predicted by Benga, the character and severity of the environmental effects are such that we must reach the conclusion that approval…is not in the public interest.” So…even if the economics of coal mining were as good as the promoters advertise, the environmental effects are still too severe. The Committee should appreciate this.

– Finally, urge the Committee to listen to the people. Whatever measure you use – Facebook members, the Coal Committee’s own survey, ThinkHQ’s February 2021 survey – the public has made it clear it doesn’t want to see coal mining along our Eastern Slopes.