Stewards of the Castle Speak Up 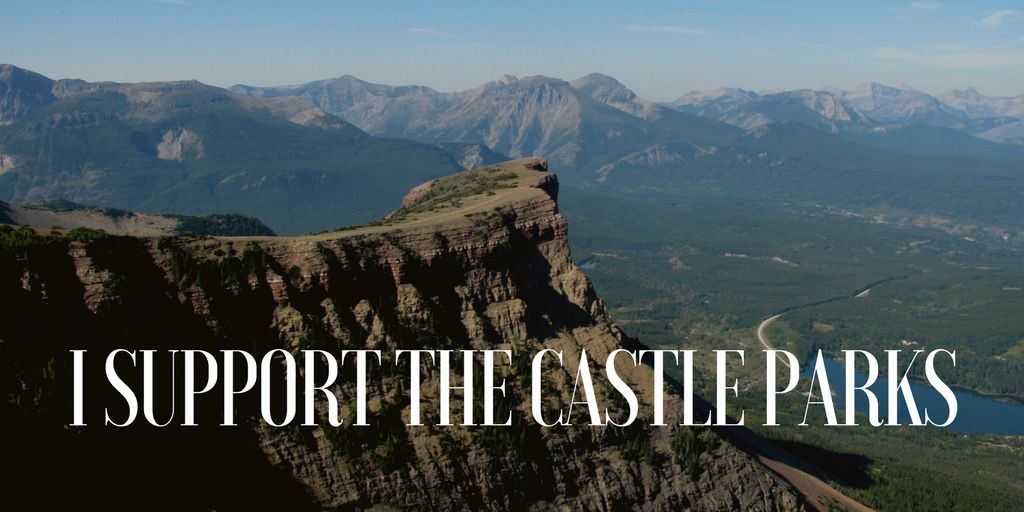 On Saturday February 11 in Lethbridge, a group of  scientists, local residents, conservationists, authors and recreationists told the story of 50 years of stewardship for the Castle Wilderness. The people of Alberta support the Castle Parks.

Sid Marty, writer and former National Parks Warden:
“The process that led to the Castle Parks getting protected all began with the pressure that Albertans put on the previous government, when the public cried out over the widespread destruction on our Eastern Slopes. Trying to create multi-use trails defies the laws of physics – it’s impossible to have a backpacker and an ATV user try to occupy the same trail. I’m looking forward to actually going for a hike in the Castle wildlands for the first time in two decades.”

David Sheppard, Castle-Crown Wilderness Coalition:
“Motorized recreation has no place in our parks and conservation areas, and Albertans love the outdoors. A Praxis survey showed that eighty-eight percent of Albertans’ said they want more wilderness protected, and that 86 percent prioritize non-motorized recreation, with many saying that OHV use interferes with their ability to enjoy wildlife and the quiet of the outdoors. This is supported by a Lethbridge public opinion survey, where an overwhelming majority of residents (94%) supported protecting the Castle watershed.”

Andrea Hlady, local resident, Beaver Mines:
“I support the parks because I believe they will become a place for everyone to enjoy. My priority is the safety of my children and I currently feel threatened when I go to the Castle, because it’s loud, uncontrolled and unpredictable.”

Connie Simmons, Yellowstone to Yukon Conservation Initiative:
“The Castle provides clean drinking water for Lethbridge. Creating the Castle Parks will protect that water, and other wildland values for generations to come. This is what local residents have been asking for. We all want to see our water and wildlife protected from unnecessary damage.”

Dave Hockey, Great Divide Trail Association:
“We support the Government of Alberta’s decision to create both the Castle Provincial Park and the Castle Wildland Provincial Park, including the difficult decision to phase out OHVs. We believe the science based decision is the right one to protect this special area for the majority of Albertans. We also believe it is incumbent upon the Government to provide a designated trail system and the appropriate infrastructure for OHVs in areas that can support this type of use.”

Dave Mayhood, Aquatic Ecologist:
“Alberta’s Eastern Slopes are covered by a network of roads, trails, seismic lines, pipelines, transmission lines and other linear disturbances to a density that is among the highest in western North America. Most of this network is used by off-highway recreational vehicles. These linear features have been shown to be highly damaging ecologically, causing serious problems for vegetation, water quality, wildlife, and fish. We need to drastically reduce this network to protect watershed values and native species. It would be unconscionable to permit OHVs and their trails in the Castle parks, which hold some 200 rare and at-risk species, and are the most valuable as-yet unprotected lands we have in the province.”

Kevin Van Tighem, Alberta Biologist and Author of Heart Waters: Sources of the Bow River:
“Nothing is as important to prairie Canada as its water supply. The Castle yields almost a third of the water that Lethbridge and its surrounding irrigation country rely on.  And science shows that soil compaction, vegetation loss and erosion caused by off-road vehicles is already reducing our water security.”

Van Tighem served on the government’s advisory committee that included both scientists and representatives of a wide range of land users in the Castle.  “The government did an exceptional job of listening carefully to the full range of Albertans with a stake in the Castle, including off-roaders. I’m impressed that they chose to make tough decisions supported by the best science available, like phasing out motorized activity.  All the science evidence we could find showed that OHV use simply isn’t compatible with nature, streams, water security or other park users and that better trail engineering isn’t a solution.”

Joanna Skrajny, Alberta Wilderness Association:
“In addition to the many logical, material reasons to fully protect the Castle there also are powerful spiritual reasons. The Castle is a sacred place. First Nations have used the Castle Wilderness for at least 10,000 years while use by the direct ancestors of the present Piikani and Kutenai Nations can be traced back at least 2,000 years. I would argue that the spiritual character of these lands counted when they were included into the National Parks system over 100 years ago. I would like to think this character made the protection of these lands possible today. Knowing that fully protecting the Castle will create a quiet refuge for us to enjoy, will help to restore species at risk, will secure safe water for the residents of southern Alberta, and will provide a magnificent natural legacy for our children sustains the conclusion that protecting wilderness areas is vital.”