On Tuesday, July 19, a woman was attacked and seriously injured by a grizzly bear in the Ghost-Waiparous Public Land Use area. Thanks to the heroic actions of those nearby, she escaped and received immediate medical attention. For now, the area along TransAlta Road is closed to recreational use.

Despite this unfortunate encounter, the bear was behaving normally for a mother protecting its cubs from a perceived threat.  This area along the Ghost River is commonly used by grizzly bears raising cubs. In the Bow Valley, where grizzlies have the lowest reproductive rates in North America, bears return to this area year after year to den and raise their young.

Residents monitor bear movements in the settled area south of the Ghost Public Land Use Zone, sharing information via an informal network, with the goal of reducing human-bear encounters. But how are visitors to the Public Lands to receive adequate information?

The Ghost Public Land Use Zone is “regulated” by the Ghost-Waiparous Access Management Plan (GAMP), intended to manage recreational activities while prioritizing protection of the watershed, fisheries and wildlife. However, as area resident Hugh Pepper points out, “The GAMP has never received adequate operational funding, and as a result, there is inadequate management of the entire region. Since 1996, the Ghost Public Lands have had no full-time staff, nor are dollars available to monitor the movements of wildlife in the area.”

Human-bear encounters increase dramatically when linear densities from roads, trails, and seismic lines surpass 1.2km/km2. Currently linear densities in the Ghost are estimated to be 5km/km2 (ALCES, 2011). Off Highway Vehicle (OHV) activity continues to expand on both designated and non-designated trails, and with it, random camping. Without toilets or garbage disposal, the Ghost Public Lands are littered with trash and human feces, the sort of attractants capable of creating “problem bears.” As if OHV and random camping were not enough, industrial scale clearcut logging has recently overlaid additional roads and linear edges.

These ever-expanding access corridors increase the frequency of contact between humans and bears, particularly female bears, which spend more time near roads than male bears. With the pressure of roads, noise, machines, people, and landscape disturbance, many Ghost Valley residents believed a bear attack such as the one Tuesday morning was just a matter of time.

Residents suspect that in the future, more frequent and severe incidents are likely to occur if unmanaged access to the area continues. Already, recreationists have pulled down signs indicating the closure of TransAlta Road and entered the area to camp and quad, disregarding the government’s attempts to manage for human safety.

As recently as 2008, stakeholders from oil and gas, forestry, scientific research and motorized recreation, agreed on the need to actively manage recreational access in order to achieve better outcomes for Alberta’s grizzlies. All participants highlighted lack of enforcement as a significant issue. Recently, our provincial government signaled its intention to enforce laws protecting Public Lands, fisheries and our vital watersheds. Ghost Valley residents applaud these efforts.

For humans and grizzly bears to coexist, humans must be willing to control their activities to reduce conflicts with bears. Human safety must be maintained, human access must be managed, and human attractants must be controlled. Ghost Valley resident Hugh Pepper says, “As critical watershed for 1.6 million people, the Ghost Public Lands must be managed conservatively, with the intention of preserving ecological integrity and function. We hope to one day see staffed entry gates, public toilets, bear-proof trash receptacles, robust wildlife monitoring, and visitor numbers in line with the carrying capacity of the landscape.”

Ghost Valley residents are relieved there were no life threatening injuries in the grizzly attack of July 19. They will continue to ask recreationists to demonstrate respect for the wild creatures with whom we share this landscape. And they will continue to call upon the provincial government to properly manage the area for both people and wildlife. 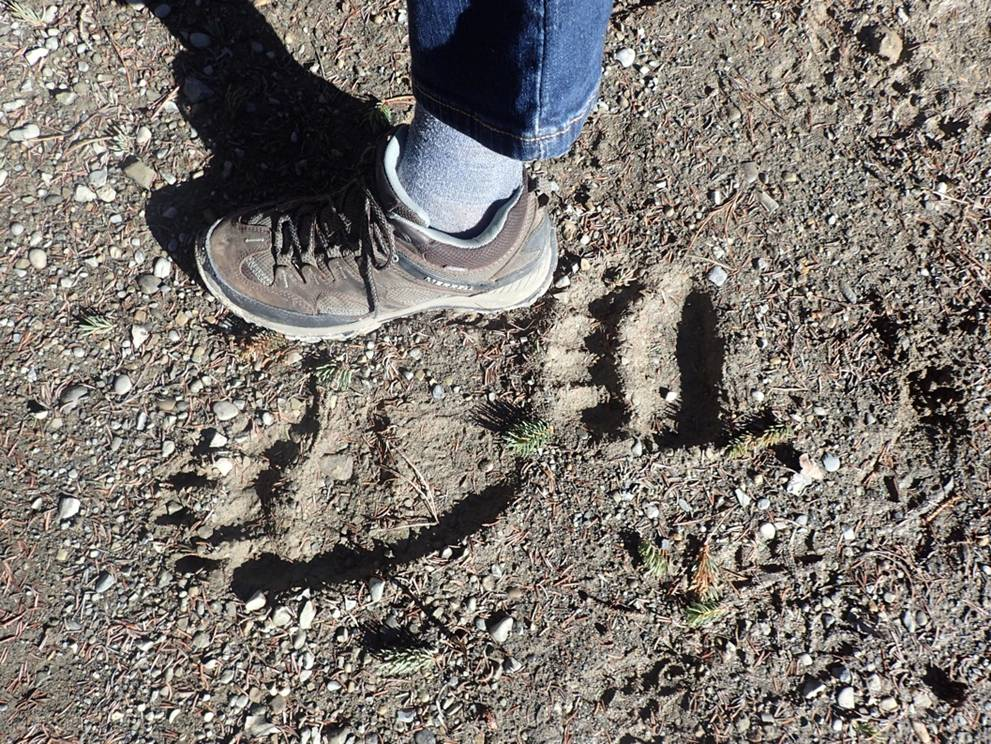