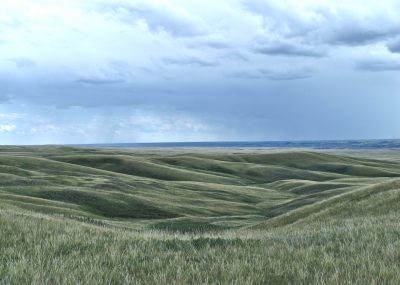 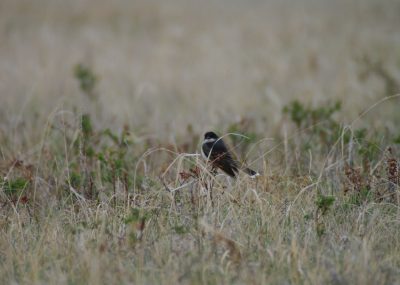 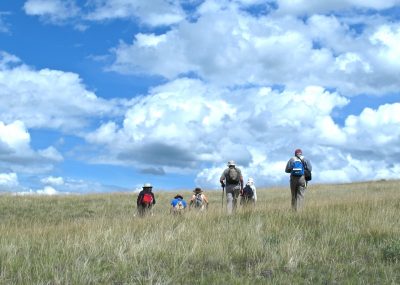 AWA’s vision for the Hand Hills Area of Concern is that its remaining public lands achieve legislated protection as an Ecological Reserve to conserve the ecological integrity of the Northern Fescue grasslands and important bird habitat.

AWA’s Hand Hills Area of Concern is an area of Northern Fescue Grasslands, lakes and wetlands, southeast of the town of Drumheller. The area is the largest remaining stretch of Northern Fescue in the world and holds significant habitat for migrating waterfowl and shorebirds, and numerous rare or uncommon plant species.

The remaining area within the Hand Hills consists of a patchwork of public lands and private property.

Public lands within the Hand Hills are classified under Alberta’s White Area, which are part of Alberta’s agricultural landscape. In addition to agricultural developments, public lands within the White Area are also managed for water, wildlife habitat, resource extraction and recreation. Relevant legislation for managing and administering public lands includes: the Public Lands Act and the South Saskatchewan Regional Plan.

AWA’s Hand Hills Area of Concern is an area of Northern Fescue Grasslands, lakes and wetlands, southeast of the town of Drumheller. The area is the largest remaining stretch of Northern Fescue in the world and holds significant habitat for migrating waterfowl and shorebirds. 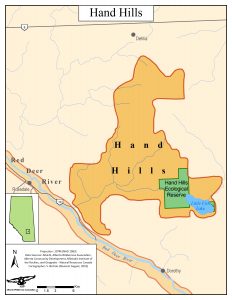 AWA’s Hand Hills Area of Concern sits within the Red Deer River watershed, draining locally into Willow Creek and found within the larger South Saskatchewan River basin. Little Fish Lake is the only permanent waterbody within the area, found to the southeastern corner of the Hand Hills. Alkaline seepage springs can be found in parts of the Hand Hills Ecological Reserve. Seasonally, wet sloughs, moist meadows and ephemeral streams will surface in the poorly drained, low-lying sites of the Ecological Reserve.

The geology of the area is characterized by that of the gently undulating Hand Hills, although there are a number of incised valleys and steep-sided coulees. The area surrounding Little Fish Lake is capped by a remnant of a Tertiary plateau that sits 146 m higher than the surrounding landscape, a result of the cap preventing the plateau from being eroded by glacial activity. The badlands in the surrounding area are composed of Cretaceous sandstones, siltstones and shale.

Many patches within AWA’s Hand Hills Area of Concern are considered as nationally environmentally significant areas. These areas draw their significance the extensive Northern Fescue plains, significant habitat for migrating waterfowl and shorebirds, and numerous rare and uncommon plant species. 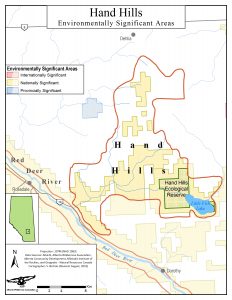 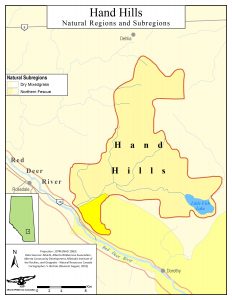 More than 250 species of vascular plant have been recorded within the Hand Hills area. While rough fescue is a dominant species in the Hand Hills, the area is also known for its massive wood lily blooms, aspen groves and seepage spring communities. 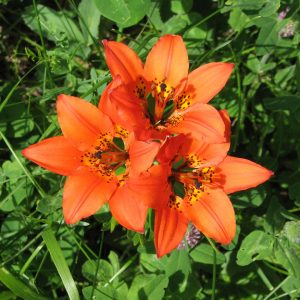 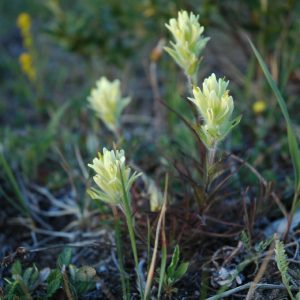 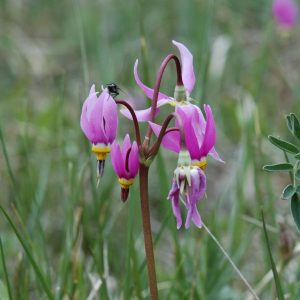 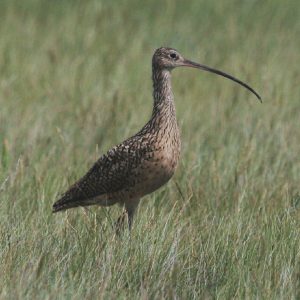 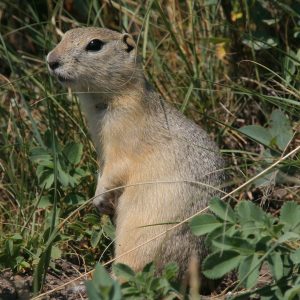 Indigenous Peoples have used the area for approximately 10,000 years, since the retreat of the glaciers. Evidence of tipi rings has been documented within the area that is now the Hand Hills Ecological Reserve. The Hand Hills fall within the traditional territories of the peoples of Treaty 7, including the Siksika (Blackfoot), Kainai (Blood), Piikani (Peigan), Iyarhe Nakoda (Stoney), and Tsuut’ina (Sarcee).

Currently only 1.3% of the Northern Fescue Grasslands Natural Subregion is protected within Alberta. AWA believes protection of the Hand Hills must be expanded to surrounding public lands and the entirety of Little Fish Lake, including its shoreline which provides important nesting habitat for Piping Plover. As this area is one of the largest remaining tracts of Northern Fescue in the world and contains significant habitat for nesting shorebirds and migrating waterfowl, its protection would be a significant contribution to Alberta’s current protected areas network.

In December, Suncor submits a proposal to develop a 80 MW wind power project in Hand Hills, near the village of Delia. The construction of 17 wind towers is conditionally approved.

A significant portion of the Hand Hills is protected as an Ecological Reserve; however, grazing persists, causing damage to the sensitive sites surrounding Little Fish Lake.

A steady increase in grazing leads to damage of rough fescue in the Hand Hills, dwindling populations of rare birds and wildflowers.

David Anderson, Member of Parliament for Cypress Hills-Grasslands, on behalf of the Honourable Leona Aglukkaq,…

ENGO News Release: Endangered Sage-grouse numbers on the rise in Alberta and Saskatchewan

The federal, provincial, and territorial government signatories under the Accord for the Protection of Species…