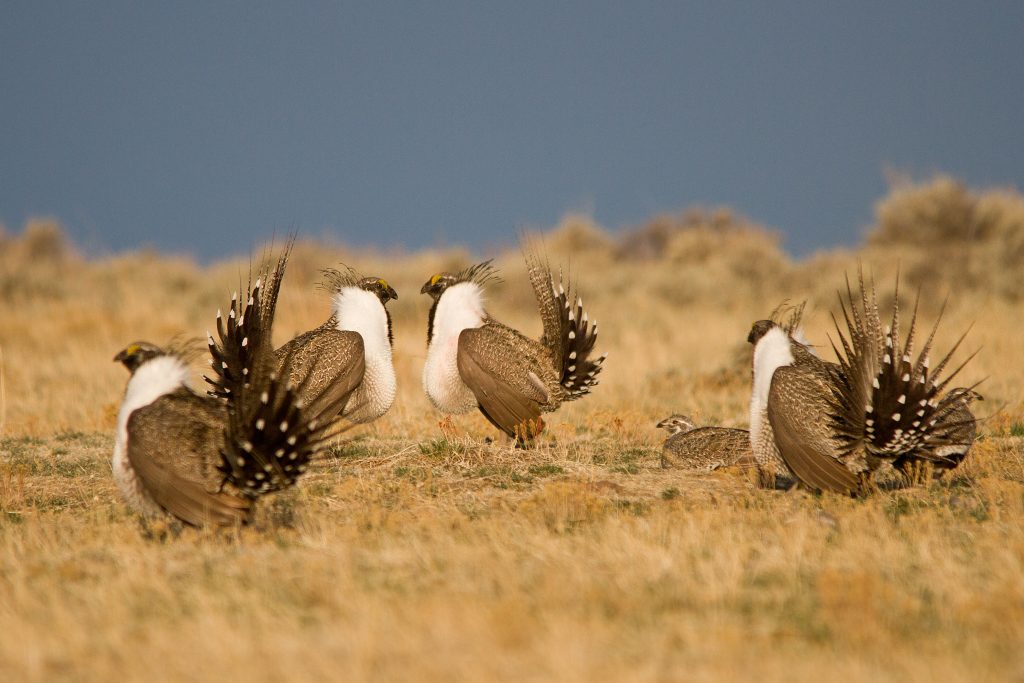 CALGARY — For the second year in a row, endangered Sage-grouse populations in Alberta and Saskatchewan are on the rise.

After decades of decline, the quirky bird species is showing signs of a promising, but fragile, recovery.

“Only two years ago, the Sage-grouse population sank to its lowest-ever levels in Alberta and Saskatchewan, and there were genuine fears that this species would disappear from Canada,” Ecojustice lawyer Sean Nixon said. “This growth is an encouraging sign that federal intervention under the Species at Risk Act can help bring endangered species back from the brink of extinction.”

In 2014, there were thought to be only 14 male Sage-grouse remaining in Alberta, and only six males were counted in Saskatchewan.

Last year, thanks in part to court-ordered federal emergency protection, the population grew an astounding 150 per cent in Alberta, to 35 males. In Saskatchewan, it increased 233 per cent, to 20 males.

And this year, that growth continued.

In Alberta, scientists observed 46 males on three “leks,” or active Sage-grouse breeding grounds. In Saskatchewan, there were 33.

“Thanks to added protections and a second-consecutive year of good spring nesting conditions, we’re seeing promising growth once again,” said Gwen Barlee, policy director at the Wilderness Committee. “In total, experts estimate that there are now at least 200 Greater Sage-grouse in Canada.”

In 2013, the Alberta Wilderness Association, Wilderness Committee, Nature Saskatchewan and Grasslands Naturalists challenged the federal government to step up protections for the Sage-grouse, after nearly 90 per cent of the species died off between 1988 and 2006.

Represented by lawyers from Ecojustice, the groups successfully secured an emergency order to protect the birds’ habitat.

The order prohibited killing or moving sagebrush and other native plants in the birds’ habitat. It also included restrictions around building new fences and roads, and making excess noise from sunrise to sunset during the sage grouse mating season.”

“We are pleased to see further progress protecting these special birds,” said Jordan Ignatiuk, executive director of Nature Saskatchewan. “And we are cautiously optimistic that the sage-grouse is on its way to making a recovery on the Canadian Prairies.”

“The Sage-grouse is a treasured Prairie species, known best for its spectacular mating dance,” added Cliff Wallis, secretary-treasurer of the Alberta Wilderness Association. “This news gives us hope – not only for the future of these iconic birds, but for the other species that share this grassland habitat.”