Eastern Slopes Land-Use Management: Emails to the Government of Alberta from AWA

I am pleased to send you recent news items (attached) regarding rural concerns about the off-highway vehicle damage in the new Castle Parks and in many areas throughout the Eastern Slopes:

I hope you will find these articles helpful as you consider land-use management on our Eastern Slopes. In the coming days, I will forward additional information.

I am pleased to send you additional recent news items (attached and linked below) regarding rural concerns about the off-highway vehicle damage in the new Castle Parks and in many areas throughout the Eastern Slopes:

I hope you will find these articles helpful as you consider land-use management on our Eastern Slopes. In the coming days, I will forward additional information.

I am pleased to send you further information regarding the Castle area.

A good example of the feedback AWA is receiving can best be summarized in the comments from local landowners and ranchers in the Livingstone range, who support eliminating OHVs from the Castle:

“Although motorized recreation is enjoyed by less than 5% of Alberta’s population, it has vastly disproportionate effects on the quality of our native vegetation, community watersheds, fisheries, wildlife and recreational opportunities for the much larger number of Albertans who enjoy public lands on foot and horseback. More than thirty years of virtually no effective management of this activity has resulted in deeply-rutted landscapes, badly silted streams, spreading infestations of noxious weeds that thrive on disturbance, and conflict with other users and neighbouring landholders. A culture of vandalism and entitlement has developed among a significant minority of motorized users that makes enforcement of existing rules difficult and causes stress and safety fears for many other land users.”

“OHV recreation should be limited to those parts of Alberta’s public lands not reserved as parks or classified as Critical Wildlife or Prime Protection areas under the Eastern Slopes Policy, and should be prohibited in areas critical to the survival of threatened species like the Westslope Cutthroat trout. In the places where OHV use can be permitted, motorized vehicles should be restricted to a few properly designed trails that minimize surface runoff and erosion.” (2016. Livingstone Landowners Guild (http://www.pinchercreekvoice.com/2016/03/livingstone-landowners-guild-calls-for.html)

The following public opinion studies related to recreation (including OHV) use of the Castle area and Eastern Slopes in general demonstrate a large majority of Albertans give overwhelming support for the designation and legal protection of wilderness and wild spaces.

Albertans’ Values and Attitudes toward Recreation and Wilderness, 2015. Praxis Group

I hope you will find this information helpful as you consider management decisions on the Castle Wildland and Provincial Parks. In the coming days, I will continue to forward additional information.

Since 1968, local people and numerous credible reports, agencies and commissions have recommended that the Castle Wilderness has already experienced significant land use impacts and requires protection now. The Castle’s incredible diversity, role as a wildlife corridor, vital watersheds and spiritual and wilderness recreational values must be secured.

This history of protection efforts has now culminated in your governments election promise to ensure the Province will fully protect the Castle area. It is clear that there has been a longstanding  local and international interest in seeing the area protected. Decisions that are made now will have long lasting implications for generations to come. We hope you share in the vision that generations of Albertans share in protecting this precious space as a piece of irreplaceable wilderness in a way that remains free from off highway vehicles (OHVs) and industrial activities for future generations.

Here is a short history:

I hope you will find this information helpful as you consider management decisions on the Castle Wildland and Provincial Parks. In the coming days, I will continue to forward additional information.

I would like to share additional items surrounding public land issues, this time recent communications from the Ghost Valley Community regarding unchecked activities in the Ghost Watershed.

This is only one snapshot of many areas experiencing similar problems throughout the Eastern Slopes’ headwaters, resulting from uncontrolled Off Highway Vehicle (OHV) use and abuse, illegal firearms and weapons discharge, and lack of enforcement:

There are OHV users that treat the Ghost Watershed as a ‘free for all’ zone where all activities are permitted in all areas. In the winter, OHVs and vehicles of every description drive on the frozen Ghost Reservoir and up the Ghost River. In the summer, trucks and other OHVs travel the river’s gravel bed, while nearby streams and wetlands become playgrounds for the worst offenders.

The Ghost Valley’s Public Lands have clearly become a dangerous place. Gunfire frequently fills the air and explosive devices shake the ground. Hiking, biking and camping in the area are increasingly risky activities.

While explosives have become commonplace in the Ghost, RCMP and Fish and Wildlife officers seem to be a rare sight. When residents phone for help, 911 dispatchers have been known to demonstrate unfamiliarity with the Ghost’s main roadways, further eroding public confidence that help is available when emergencies occur.

And emergencies occur with predictable regularity. In the past few weeks, at least three fires were started by exploding targets, a popular product legally sold in Calgary stores. Last summer’s Harold Creek forest fire was started by an incendiary device.

Other dangers abound. Hikers have found unexploded grenades. Stolen vehicles, vandalized by bullets, explosives and fire, litter TransAlta Road. Residents of the Ghost Valley endure trespassing, vandalism, theft, even assault, and have experienced reprisals from trespassers for reporting these crimes.

Recent news coverage can be found at these links: 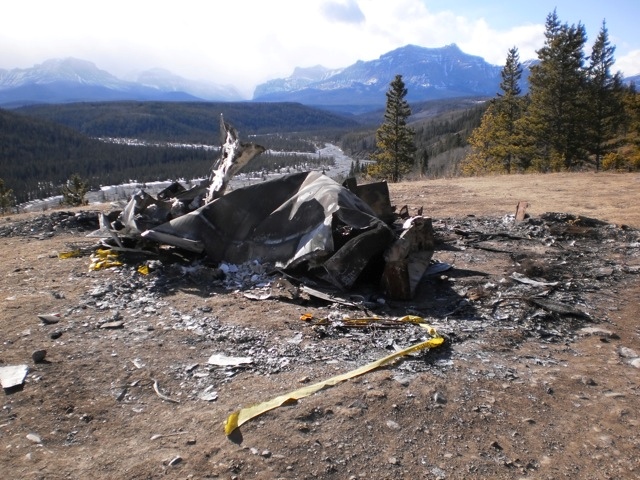 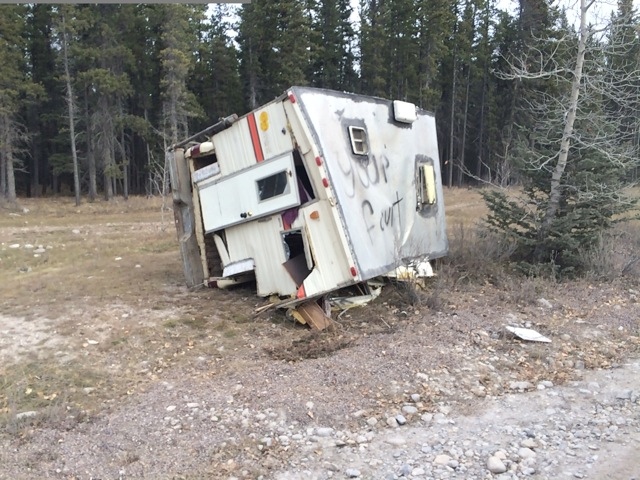 Years ago, 28 full-time personnel kept order in the Ghost Valley, monitoring appropriate use and ensuring visitor safety. In 1992, government downsizing cut these positions and closed the ranger station. Today, few visitors know that the area was once well managed with active enforcement, allowing residents and visitors to enjoy a multitude of outdoor activities.

In 2005, in response to mounting concerns related to unmanaged recreation, the Ghost-Waiparous Access Management Plan (GAMP) was crafted. The plan called for trail upgrades, toilet facilities, and active enforcement, but the plan was never funded by government. Without enforcement, a culture of lawlessness came to pervade the Ghost Public Lands and other areas throughout the Eastern Slopes.

These days, reporting concerns to the Cochrane RCMP detachment or to Fish & Wildlife seems to make little difference. Visible enforcement actions are rarely seen. Residents have yet to hear of charges being laid.

What will bring change, residents ask? An out-of-control forest fire? A tragic injury? Who knows? In the meantime, lawless behaviour continues and fire crews labour on the taxpayer dollar to fully extinguish fires started by exploding targets. 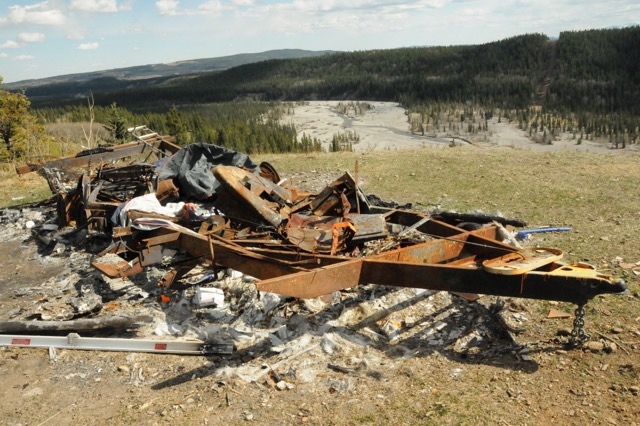 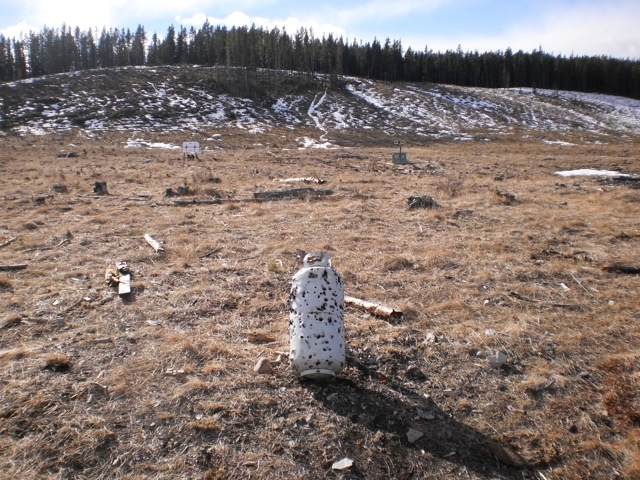 Premier Notley, we ask that your Government begin to reign in the OHV vandals and other public land and water vandals. We ask that you ensure public safety. Our Eastern Slopes headwaters are a heritage we must protect for future generations to enjoy outdoor pursuits and secure headwaters and wildlife habitat that is vital to our own health. The Ghost watershed, the Castle Parks, and the Porcupine Hills would be good places to start.

P.S. A news release by the Ghost Valley Community was sent on February 12, 2016.
http://hosted-p0.vresp.com/456864/45e3ef8c8e/ARCHIVE
To our knowledge, no satisfactory response or meaningful action has been taken to tackle this pervading culture of lawlessness on our public lands.

Thank you for increasing protection of the Castle Wilderness. Alberta Wilderness Association (AWA) cut its teeth defending wilderness in the Castle area as a fledgling organization over 50 years ago. It was truly a special day on Friday when we listened to your announcement that recognizes the value of this incredible area.

We are proud of Alberta’s pristine wilderness, and now there is no doubt that the Castle Parks will be loved and cherished by hundreds of thousands of people from around the world for many generations to come. The decisions announced on Friday, including co-management of the Provincial Park with the Piikani Nation, are progress towards restoration of this wilderness and will mean that visitors will receive the best experience possible and are encouraged to return.

No doubt you know that protecting this area is the right decision for the more than 200 rare or at risk species in the Castle. Federally protected westslope cutthroat trout and threatened grizzly bears will finally have a chance to recover their populations. The Global Forest Watch Canada reports released last year underline deforestation and damage in the Castle Parks. In order for restoration of this vital landscape to occur, the steps you have taken and will take makes yours the best decision for this vital ecosystem. Expanding the Wildland Provincial Parks boundaries, closing motorized use south of highway 774, and targeting ongoing closures to eliminate motorized recreational use in a manner that minimizes damage to critical wildlife areas are all significant conservation measures.

We all know that the best time to plant a tree is 20 years ago, but we can all celebrate that the government recognized the value of planting one today. I look forward to carefully reviewing the Castle management plan and fully engaging further in the consultation process.

Thank you to all those who have worked so hard to create progress and make solid, well reasoned decisions to create a wilderness legacy we can all be proud of for generations to come.