Alberta Wilderness Association (AWA) and Timberwolf Wilderness Society are demanding that the federal government obey the Species at Risk Act (SARA) by publishing the action plan for Alberta’s threatened westslope cutthroat trout without further delay. The action plan is required under SARA with a deadline of March 31 2015, making it overdue by well over a year.

“Recovery of westslope cutthroat trout must be more than just a paper exercise. It requires significant changes to the way in which Alberta’s headwaters are managed,” says Joanna Skrajny, AWA Conservation Specialist. “Protecting and restoring this species and its habitat must be effectively implemented – this cannot be done without an action plan.”

The need is urgent. Major projects — a coal mine, clearcut logging, extensive networks of off-highway vehicle trails, campgrounds — are all going ahead or are being considered for approval without any plan for how the iconic south-western Alberta trout will be protected and restored. Together, these projects will affect most of the remnant populations.

Dave Mayhood, Timberwolf director and aquatic ecologist, states: “It’s clear to us that obligations to produce an action plan under SARA are not being taken seriously. Last September we had to file documents in the Federal Court of Canada to force the Minister to obey the Act and issue the required critical habitat order. Now he’s ignoring his duty to issue the action plan.”

This is not a trivial matter – since westslope cutthroat trout was listed under SARA in 2013, at least one population is now thought to be functionally extinct. The remaining populations are usually small and highly vulnerable, with nearly all exposed to ongoing habitat damage that limit their populations. Most are exposed to rainbow trout that can hybridize them out of existence. Immediate action is required to recover them.

The role of action plans is to outline the projects or activities required to meet the goals and objectives in the recovery strategy, which was published March 2014. To date, only two action plans have been drafted for the 33 SARA-designated endangered or threatened freshwater fishes under the Minister’s care. Neither of those has been finalized. In the case of the cutthroat trout, not even the legally-required summary of the incomplete plan has been posted to the SARA Registry. 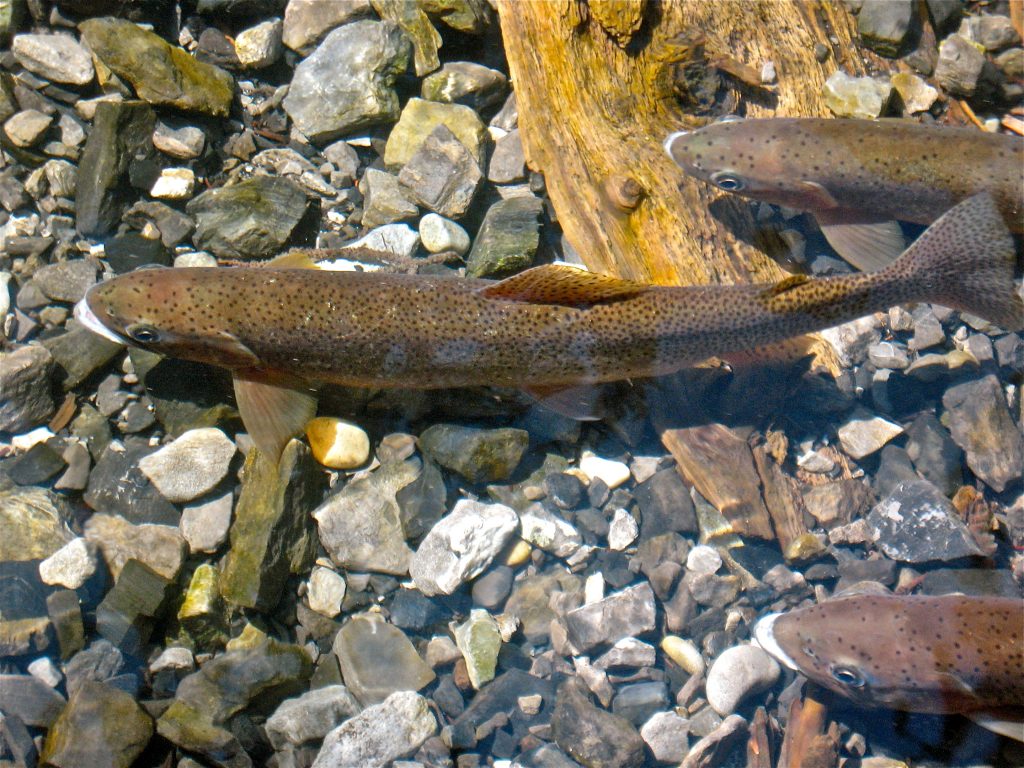 Westslope cutthroat trout in Alberta were first scientifically characterized as at risk in 2000, and were listed as ‘threatened’ in 2009 provincially and March 2013 federally. Under SARA, the ‘threatened’ designation means that a wildlife species is likely to become endangered if nothing is done to reverse the factors threatening it; ‘endangered’ means a wildlife species that is facing imminent extirpation or extinction. A provincial recovery plan was issued in 2013, with the final federal recovery strategy published in 2014.

In June 2015, AWA and Timberwolf drew public attention to a study in the Oldman watershed that showed “virtually every creek and river home to native trout has been negatively impacted or is threatened by logging, off-highway vehicle use, stream crossings, oil and gas development, coal mining, overharvesting, roads, dam operations or combinations of these.”

In September 2015, legal counsel for AWA and Timberwolf filed an action in Federal Court of Canada to compel the Minister to issue the required critical habitat order. On November 30 2015, AWA and Timberwolf wrote to the new Minister, Hunter Tootoo, asking him to avoid the court action by immediately issuing the critical habitat order, as was his duty. He did so on December 2 2015.

The listing decision stated that native populations of this fish have been drastically reduced, by almost 80%, due to over-exploitation, habitat degradation and hybridization/competition with non-native trout.

To read the letter AWA and Timberwolf sent to the Minister of Fisheries, Oceans and the Coast Guard, click here.