Laws are only as good as the policies that guide how they are implemented. That’s why AWA is concerned about a handful of proposed policies proposed by Environment and Climate Change Canada (ECCC) under the Species at Risk Act (SARA) – we think the new policies will weaken protection for Canada’s most vulnerable wildlife. Because Alberta doesn’t have its own species-at-risk  legislation, it is so important that we tell ECCC by March 31 to strengthen the policies.

Write the SARA Registry at ec.registrelep-sararegistry.ec@canada.ca to say the proposed SARA policies must be strengthened to protect and recover threatened and endangered species at risk. The deadline is March 31, 2017.

Please copy me at ajohancsik@abwild.ca! 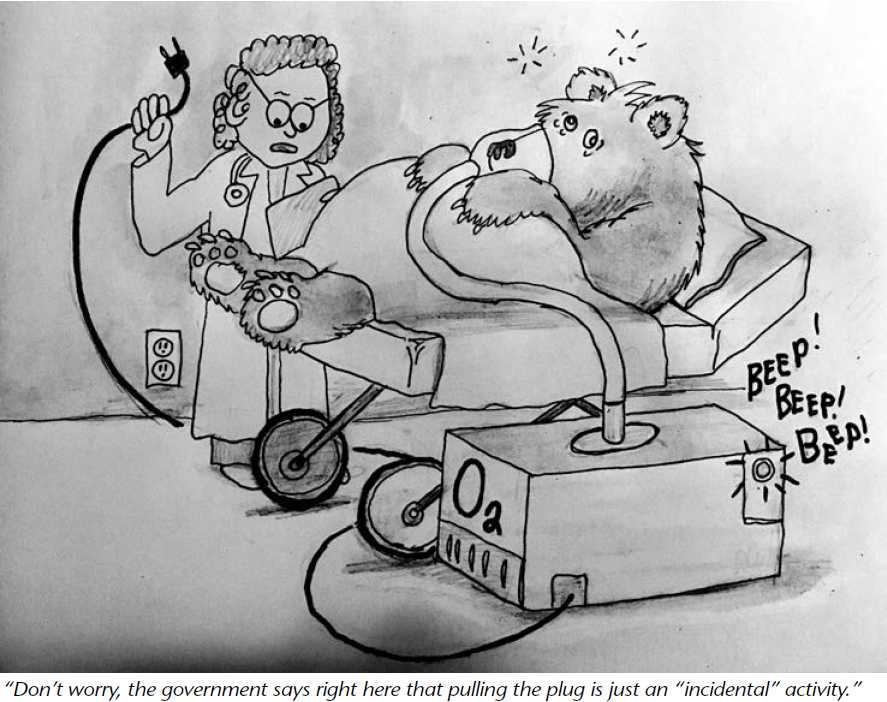 AWA has submitted letters on all the policies, but our main concerns lie with the policies of Permitting and Critical Habitat on Non-Federal Lands. Under each policy below, we’ve listed the main points we think the Registry must consider about three of the policies. Above all, tell the Registry to implement policies that will uphold the intent of SARA to recover threatened and endangered species. Read AWA’s submissions on the Permitting and Critical Habitat policies.

Permitting Policy
This policy concerns the interpretation of Section 73 of the Species at Risk Act. It intends to specify which activities are permitted in critical habitat for species at risk and under what conditions someone can obtain approval to do that activity or work.

Critical Habitat on Non-Federal Lands
AWA’s concerns around this proposed policy revolve around the idea of a “risk based” approach to critical habitat protection.

Critical Habitat Protection on Non-Federal Lands on the SARA website

Thank you for protecting Alberta’s species at risk!