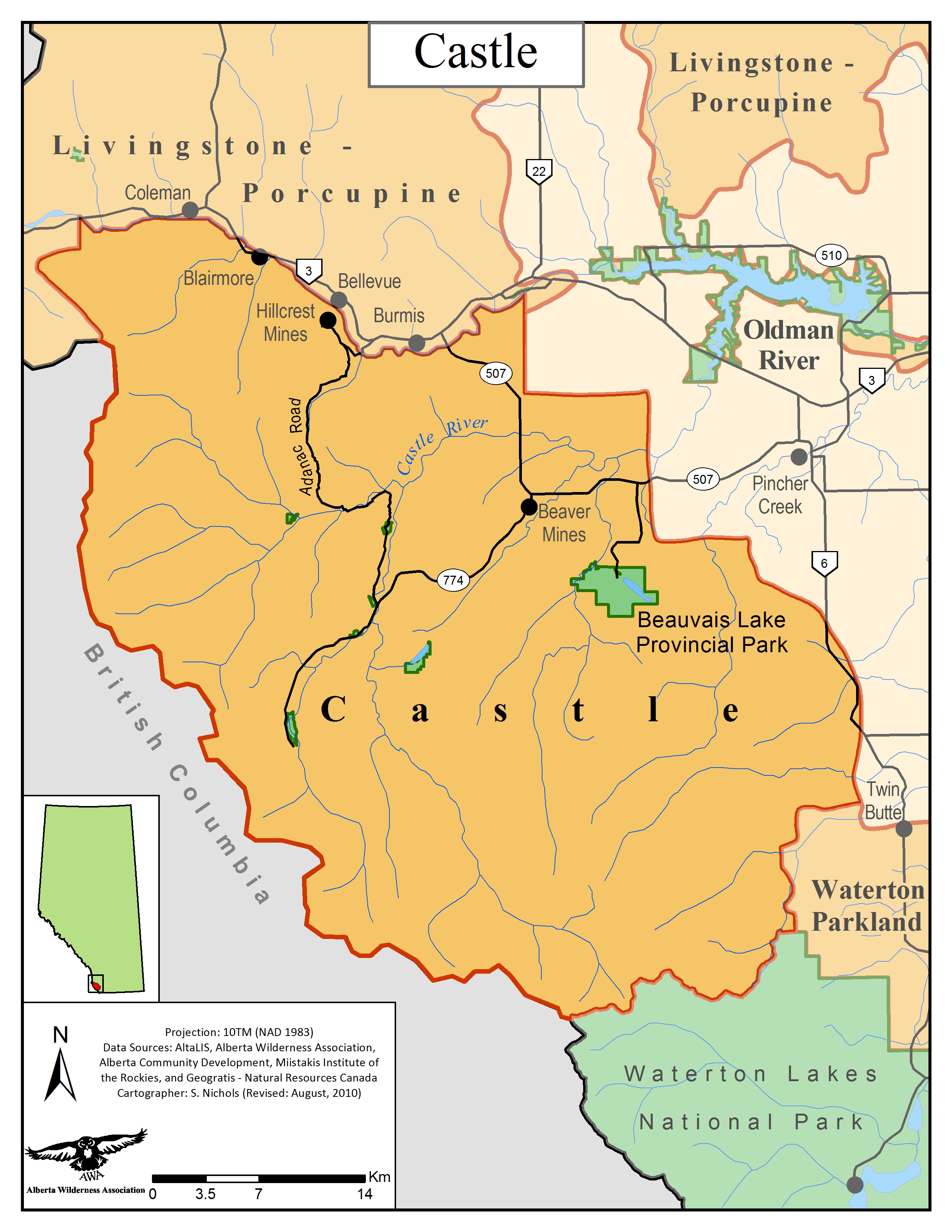 Map of the Castle Area of Concern. © AWA Files.

On July 31, I set off from Calgary for a chance to see what was new in our Castle Provincial Park and to attend a meeting at the newly renovated Syncline Group Camp with Environment and Parks Minister Jason Nixon. It was an informal meeting and sitting across a picnic table from Minister Nixon I had an informal conversation with him about AWA. We discussed
AWA’s concerns over the remaining kilometres in the Castle Provincial Park that need to be closed and the legal requirement to protect westslope cutthroat trout (WSCT). We also discussed regional planning and the work former Minister Ted Morton did to ensure cumulative impact measures were part of bringing economy, environment, and land uses back into balance.

The Minister let us know he had been calling stakeholders about caribou and a draft section 11 agreement under the Species at Risk Act (SARA) that Alberta and Canada will be going forward with. Public consultation on this agreement will take place.

The meeting was part of a tour the Minister took and there were other meetings with other stakeholder groups that day and the next. MLAs from Taber Warner, Lethbridge East, and Livingstone MacLeod along with Assistant Deputy Ministers Conrad and Fernandez, and a number of parks planning staff were at the meeting. Colleagues from Castle Crown Wilderness Coalition, Y2Y and CPAWS Southern Alberta and Northern Alberta were also part of this meeting. We look forward to continuing the conversation with the Minister and his staff.