The Alberta Utilities Commission (AUC) preliminary hearing for Alberta Energy Systems Operator (AESO) and AltaLink’s 240 kV transmission line in Southern Alberta wrapped up after its 2nd day, August 24. AWA joined Livingston Landowners Group (LLG) members in opposition of the proposed project, which in a bizarre twist now includes transmission routes through the pristine landscape of the Livingstone Range even though approval for a line was granted for a disturbed corridor much further south.

AWA and LLG’s main point at that hearing was that previously, AUC granted a “needs” approval to AESO, for a new transmission line running from Goose Lake, south of the Oldman Dam reservoir, west to the Crowsnest Pass, a corridor already disturbed by Highway 3. (AWA did not agree that such a “need” had been demonstrated, nor that any alternatives such as buried lines had been considered). Then suddenly in 2010 AltaLink proposed multiple alternative routes for substations and transmission lines, including options dozens of kilometres north of the route for which they originally received permission.

AWA argued that receiving “needs” approval (which includes an environmental impact assessment) for one particular corridor is a pretty good indicator that the proposed transmission line(s) would fall within that corridor. Similarly, LLG members stated that, based on the Crowsnest Pass corridor maps in the original public notices of the project, they concluded this project had nothing to do with them. In response, AltaLink argued that the original corridor was just a schematic that would evolve through project planning.

When questioned, AESO representatives were unable to explain the project transformation. AltaLink claimed they were given no direction letter from AESO as to where the transmission line should be built. Both AWA and the LLG argued that the new proposals must be considered as entirely new projects, and an entirely new “needs” assessment including environmental impact assessment must be held. Peter Sherrington, AWA past president and our representative at the hearing, commented afterwards that the issue is as “close to a no-brainer” as he’s seen.

AWA will remain involved in this process. Written rebuttals to the submissions are due to the AUC on September 21, and a final wrap-up of arguments is expected by October 23, 2011. To read AWA’s submission and a more detailed summary of the transmission proposal, follow the link below. 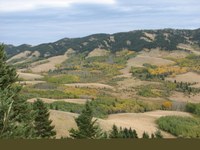