AWA has registered its official opposition to plans by Altalink to construct substations and transmission lines in the Crowsnest/ Livingstone-Porcupine region. Alberta Utilities Commission will be holding a pre-hearing, August 23-25, to discuss preliminary issues in the application process.

Altalink has proposed a bewildering variety of alternative locations for substations and transmission lines, from the Crowsnest pass north to the Oldman River near Maycroft. One proposed route would create an entirely new transmission corridor through the Porcupine Hills.  AWA is opposing the project for a variety of reasons, including:

AWA believes that the whole transmission project should be treated as one proposal, rather than broken into individual elements which would be proposed and approved one at a time, in piecemeal fashion. 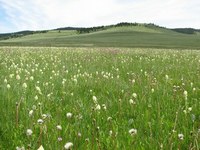